Here is “Autumn Song” by Van Morrison from his Hard Nose the Highway album (1973) to usher it in. Happy Fall!

Van Morrison’s new album, Three Chords And The Truth will be released on Exile/Caroline International on CD, Vinyl and Digital Download October 25th 2019.

Three Chords And The Truth features the tracks:

I look back with an awesome sense of wonder how the music in 1968 established my artistic consciousness. In those days I was listening to 12″ vinyl records on a hi-fi phonograph in my room and progressive rock music on a boom-box like radio from WNEW-FM 102.7 in New York City.

My Facebook music feed uncovered a new book from that era,  Astral Weeks: A Secret History of 1968 by Ryan Harris. (Thanks, Chris Morris…)

If you have any affinity for the Van Morrison sui-generis masterpiece recording  Astral Weeks you should read Jon Michaud’s New Yorker article, “The Miracle of Van Morrison’s Astral Weeks”.  The article will whet your appetite to pursue further discovery surrounding the recording as well as the impact Boston had on Van Morrison’s muse in 1968.

When I think of the Bosstown Sound 1968 I flash on Ultimate Spinach, Beacon Street Union, Earth Opera, and Orpheus. Ryan Walsh expands substantially on the cultural experience Boston provided in 1968. I am elated to learn how the Boston scene proved integral to Van Morrison and Astral Weeks. I have always associated Astral Weeks with the hills of San Francisco. Little did I realize the astral plane was formed elsewhere.

Astral Weeks is one of a handful of LPs that I return to often. There is a special magic to these particular Van Morrison’s songs.

This video from the WNET Channel 13 Public Television Fillmore East broadcast, which I recall watching on my black and white TV complete with tin foil rabbit ears, shows Van getting caught one more time in “Cypress Avenue”. Watch the introduction from the late Bill Graham that captures Van’s essence perfectly why “It’s Too Late To Stop Now”.

DUETS: RE-WORKING THE CATALOGUE is Van Morrison’s 35th studio album. It is due for release in the US & WW on March 24th. 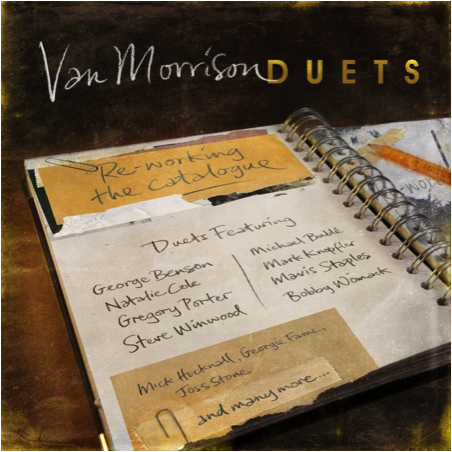 Some Peace of Mind with Bobby Womack
Lord, If I Ever Needed Someone with Mavis Staples
Higher Than The World with George Benson
Wild Honey with Joss Stone
Whatever Happened to PJ Proby
Carrying a Torch with Clare Teal
The Eternal Kansas City with Gregory Porter
Streets Of Arklow with Mick Hucknall
These Are The Days with Natalie Cole
Get On With The Show with Georgie Fame
Rough God Goes Riding with Shana Morrison
Fire in the Belly with Steve Winwood
Born To Sing with Chris Farlowe
Irish Heartbeat with Mark Knopfler
Real Real Gone with Michael Bublé
How Can A Poor Boy with Taj Mahal

Van Morrison has selected his best and most iconic lyrics which span 50 years of writing and representing his entire creative journey for a new lyrics book. Lit Up Inside will be the first literary work published with Morrison’s blessing.

Van Morrison himself sought out City Lights to publish the U.S. edition of his selected lyrics.  Morrison chose City Lights to release the book because of the house’s consistent commitment to artistic integrity, from the beat generation forward.

I’ve decided in the music of our heart that purchasing directly from City Lights will further confirm Van Morrison’s belief in City Light’s independent vision. It is due to released on October 21st, 2014.

The introduction by Eamonn Hughes, of Queen’s University, Belfast, gives a career-long overview of the creative influences Morrison has absorbed and channeled through the years. The Foreword by poet David Meltzer provides an appreciation of the writer’s craft demonstrated in Morrison’s evocative, timeless lyrics.

Record companies tend to “screw” with artistic genius. Warner Brothers is doing this now with Van Morrison’s Moondance. They are reissuing a deluxe edition of Moondance. The record company has remastered Moondance and making it available in various high-end formats and mediums.

It will be released by Warner Bros on September 30 across various formats.

A 4 CD/1 Blu-ray Deluxe Edition will feature a newly remastered version of the original album, three discs of previously unreleased music from the sessions, and a Blu-ray Audio disc with high-resolution 48K 24 bit PCM stereo and DTS-HD Master Audio 5.1 surround sound audio of original album. It will be presented in a linen-wrapped folio and includes a booklet with liner notes from Alan Light and original engineer Elliot Scheiner.

A 2CD Expanded Edition set that features the newly remastered version of the original album and 11 previously unreleased tracks drawn from highlights from the Deluxe Edition.

A Standard Edition of the newly remastered version of the original album.

I next navigated to Van Morrison’s official Website to learn more and I discovered this statement.

A MESSAGE FROM VAN MORRISON.

Yesterday Warner Brothers stated that “Van Morrison was reissuing Moondance”. It’ is important that people realise that this is factually incorrect. I did not endorse this, it is unauthorised and it has happened behind my back

I have loved the album Moondance for 42 years. I know it like the back of my hand. I’ve owned multiple copies, vinyl LP, audio cassette,  and CD. I never knew it slipped away from Van Morrison’s artistic control all those years ago.

My first reaction about a new deluxe edition was excitement followed by reservation about extra music of the sessions coming to light. I rarely like the “extra” tracks that surface years later. There’s a reason Moondance holds the place in history it does. The flow and sequence of the original tracks have forged a continually playable masterpiece.

Music of Our Heart will be interested to hear the deluxe edition and to understand what “value” does and doesn’t await at the end of September.

Van Morrison is returning to Blue Note Records (he is always switching labels…) with a new studio album Born To Sing: Plan B which will drop on October 2, 2012. It is his first album in four years. 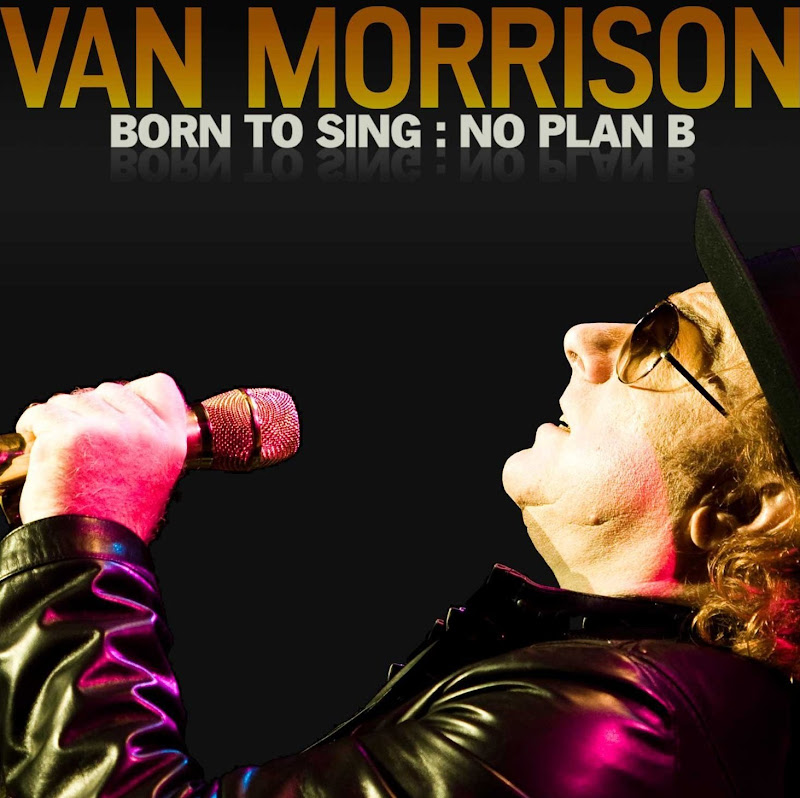 Van says: “With most record companies being so corporate I am happy to be working with Don Was and the team at Blue Note. To have such a creative music person as the head of my recording label assures me that all the effort taken to write and record this new album will be rewarded with a music-based focus and marketing approach. I look forward to many recording projects with Don and Blue Note.”

We’ve been influenced strongly over the decades by Woodstock, NY. The Band, Bob Dylan, Van Morrison, and Todd Rundgren are just a few of the many musicians associated with this vibrant art community. Its time we pay Woodstock, NY a visit.

We have been to the The Museum at Bethel Woods in Bethel, NY (43 miles from Woodstock), the site where the 1969 Woodstock Music and Arts Festival took place. I wrote about that experience in this blog post, The Spirit of Woodstock at 40.

The Band recording that is getting the most iTunes plays is the second recording simply called, The Band. The follow-up to Music From Big Pink.

John Lee Hooker created the “talking blues” style. His improvisational method accompanied by his growling deep voice endeared him to his fans and musicians alike. Two songs he was very known for are, “Boogie Chillen” and “Boom Boom“.

One of my favorite John Lee Hooker collaborations is the The Healer, which was recorded in 1989 with Carlos Santana and Ms. Bonnie Raitt, to name a few. The Healer brought John Lee Hooker a whole new generation of music fans. The title song has such staying power 21 years afterward.

I was fortunate to see John Lee Hooker open for Santana on October 14, 1970 at the Capitol Theater in Portchester, NY. He held the concert hall spell-bound when he did One Burbon, One Scotch and One Beer as his encore.

Van Morrison also recorded with John Lee Hooker on several recordings, such as Never Get Out of these Blues Alive, “The Healing Game” and “I Cover the Waterfront“.