The Byrds‘ Gene Clark is the subject of a new documentary, due for release this November.

The Byrd Who Flew Alone, The Triumphs And Tragedy Of Gene Clark includes new interviews with friends and former colleagues including David Crosby, Roger McGuinn and Chris Hillman, alongside previously unseen archive footage. The documentary will be released on November 1 through Four Sun Productions.

This month’s issue has a centerpiece story about The Byrds and their 1968 recording The Notorious Byrd Brothers. We learn how  the original group transformed, well actually imploded during the recording sessions at the end of 1967. It begins with Roger McGuinn and Chris Hillman firing David Crosby at his home (October 1967). Michael Clarke (drummer) and Gene Clark (singer-songwriter) leaving during mid-recording. 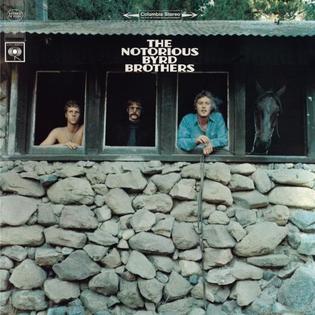 The Notorious Byrd Brothers ended the period of psychedelic experimentation and pushed The Byrds to develop the ground breaking country-rock album Sweetheart of the Rodeo. Gram Parsons joins The Byrds and the next phase  of their evolution takes flight. 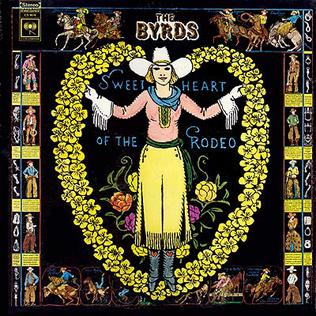 Last night Rosemary and I saw Roger McGuinn at Infinity Hall in Norfolk, Ct. It was the perfect venue to witness this legendary guitarist and music historian.

Roger McGuinn began the evening by playing “My Back Pages” from behind the stage. That Rickenbacker signature sound filled the hall and we were immediately brought back to that halcyon era of the sixties, when the radio airwaves were filled with the sounds of The Byrds and Bob Dylan.

Roger McGuinn informed and delighted us for 90 minutes. He served as a music historian. He treated us like guests in his living room

What I like about Roger McGuinn is his dedication to his craft. He brandished several musical instruments. A banjo, a 12 string guitar (Martin D12-42RM), a 7 string guitar (Martin HD-7) that he got an amazing sound with and of course his Rickenbacker guitar which is his most famous sound.

Roger McGuinn told of us his early days in New York City, with the Chad Mitchell Trio, then being offered double his wages to play for Bobby Darin.

I especially liked his recollections of the early days with The Byrds. It was cool to learn how he met David Crosby, Chris Hillman, Gene Clark and Michael Clark. I loved hearing about their début at The Troubadour in West Hollwood, CA in 1965.

The story we liked the most was how Peter Fonda approached Bob Dylan to write a song for the movie Easy Rider. Bob Dylan wrote the first verse on a napkin and told Fonda, “Give this to McGuinn, he’ll know what to do with it.” So Peter Fonda flew the holy grail napkin back to Roger McGuinn in Hollywood and viola, we get “The Ballad of Easy Rider” the best track on the soundtrack 😉

I was pleased that Roger McGuinn played two tracks from The Byrds, Sweetheart of the Rodeo. “You Ain’t Going Nowhere”  by Bob Dylan and “Pretty Boy Floyd” by Woody Guthrie. When I first read about this album in Rolling Stone in 1968 it really hit me what The Byrds had accomplished with the first country rock album.  This album also brought us the raw genius of Gram Parsons who only recorded this one album with The Byrds. I could feel McGuinn’s pride in making this seminal recording. We picked up this autographed 8×10 black and white glossy photo of Roger McGuinn at the merchandise table in the lobby before the concert. I collect autographs and this was a very reasonable item for $5.00.

What is the first thought or image that comes to mind when you hear the name, Roger McGuinn?