Take a look at this tweet from St. Vincent and W Hotels about an innovative lodging experience.

This is a smart idea for music artists who awaken with a creative idea and wish to capture it after a good night’s rest. Imagine walking out of your room, padding down the hall to record the song that echoes inside of you. Note the scenic view the artist can get lost in right outside their window. How’s that for ambiance and inspiration?

I wonder what the cost of a Sound Suite session might be? Thinking I need to take some voice lessons first 🙂

W Hotels gets added to my list of Seattle comforts. 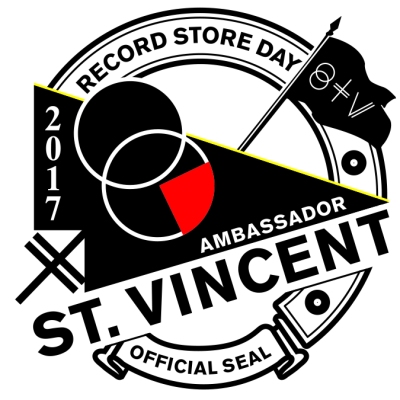 I don’t get HBO on my Optimum Cablevision system. I was thankful that Rolling Stone Magazine posted information that the full HBO Nirvana Rock and Roll Hall of Fame 2014 induction ceremony was available on YouTube.

“It is the highest calling for an artist, as well as the greatest possible privilege, to capture a moment, to find the zeitgeist, to expose our struggles, our aspirations, our desires, to embrace and define their time,” he says. “That is my definition of an artist. Nirvana captured lightning in a bottle. – Micheal Stipe, R.E.M. Induction Speech”

Ever since we saw St. Vincent perform with David Byrne and their Brass Band on the Love This Giant tour I have become enraptured  by Annie Clark‘s musical genius. She captivates her audiences with riveting guitar playing combined with sheer bravado and energy.

I discovered today from Pitchfork that St. Vincent will be releasing a new album, St. Vincent on February 25th in the US. 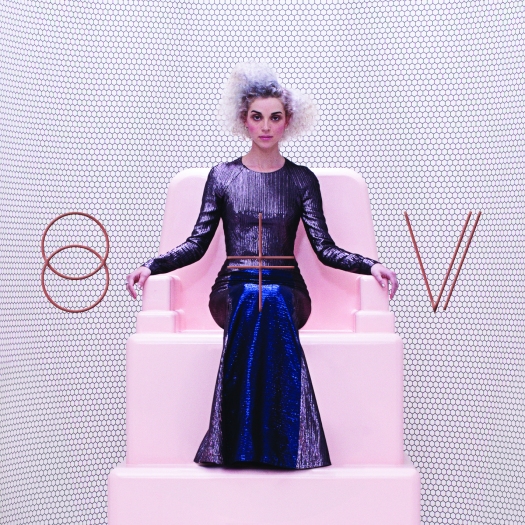 You can stream the first track, “Birth In Reverse” by simply joining the St. Vincent mailing list.

Or if you’d like here is the SoundCloud edition.

Congratulations Annie for being named recipient of the 2013 Smithsonian Magazine American Ingenuity Awards in Performing Arts.

By the time I was to introduce Annie (the last award as she’d be performing right after), I realized that everyone probably had had enough talks, as wonderful as they were. So I abandoned my notes, ignored the teleprompter and winged it. I talked about what I said above: what a wonderful world was represented here where the arts can mix with science and with social activism. I also said some nice things about Annie, but there was no need to explain what she does, as she was going to demonstrate that herself.

We caught their show last year at The Beacon Theatre. The concert was engaging and very danceable. The choreography with David Byrne and St. Vincent who are animated in their own right along with the brass band ensemble creates quite an audio/visual assemblage.

Hoping to have Instagram images from the orchestra later this evening.

I just love David Byrne & St. Vincent and their brass band choreographed ensemble, Love This Giant. We are ticketed to see them on June 20th at the Shubert Theatre in New Haven.

They have put out a 5-song EP called “Brass Tactics”. It’s available on the Love This Giant website for free, and includes a couple of live tracks from the fall tour which we saw at The Beacon Theatre in New York City on 9/26/12.  The free EP has a couple of remixes, and a song David and St. Vincent recorded in the studio that didn’t make it onto the album. You can download that here. They also put together a little video of clips and thoughts about the last tour and the new one to come, which you can see there, as well.

You can find everything (including full tour dates and our new summer merch sale) on LTG.com.

We bought tickets for the David Byrne and St. Vincent 2013 Tour. They will be appearing at the Shubert Theatre in New Haven, CT on June 20th. We caught their collaboration last September at The Beacon Theatre in New York City. We loved the event so much that we had to see them perform together again 🙂

I trust you feel the excitement of their distinctive brass band sound watching this video of their recent appearance on the David Letterman Show where they perform, “I Should Watch TV” from the Love This Giant recording.

Speaking of David Byrne, he and “Professor” Questlove participated in a Public Forum discussion at the NYU Skirball Center for the Performing Arts on February 26th.

I was unable to attend in person. I learned about the gist of the event from subsequent Web article reports

Professor Questlove is currently teaching a class on classic albums at NYU, educating undergraduates on the merits of Public Enemy and Michael Jackson.

David Byrne is making a musical “Here Lies the Love” at the Public Theater. Byrne wrote the lyrics and music (with help from Fatboy Slim), creating a “fully immersive, 360-degree theatrical experience” equipped with disco beats and contemporary dance.

Brought together to discuss the impact of music in popular consciousness, the Roots drummer and former Talking Heads frontman gave audience members a night to remember, swapping stories from the heydays of their respective careers. Questlove asked Byrne about his early days in New York in the 1970s while the Scottish songwriter probed Mr. Thompson on the genesis of the Philadelphia music scene.

Ahmir “Questlove” Thompson announced during the event that he will release a memoir entitled Mo’ Meta Blues: The World According to Questlove this coming June.

If you consider the immediacy formed between the two artists coupled with their mutual affinity for unique collaborations, it’s realistic to anticipate a Byrne/Questlove project of some dimension in the future.

The concert far exceeded our expectations. David Byrne and St. Vincent were accompanied by an eight piece brass band with a drummer and an electronics player.  The concert is visually enhanced by shaded lighting in turn accented by the choreography of Annie-B Parson (Big Dance Theater). She re-imagined the band as a dance troupe; thus, along the horns, Byrne and Clark became just two more members of the night’s dance company

The dance troupe kicked the festivities off with Love This Giant‘s initial track “Who“. We were quickly engaged by that infectious beat tightly coupled with the sensory lyrics.

The two-hour concert (which includes two encores) offers David Byrne & St. Vincent band songs, the much clamored for David Byrne/Talking Heads songs, and the hauntingly brilliant St. Vincent songs. The counter balance of this song mix captivates the listener as does the ever-moving musicians. The fluid motion of 12 people on stage is never boring or repetitive. Ever since David Byrne worked with Twyla Tharp on Catherine’s Wheel his live concerts incorporate dance and choreography. We fell in love with this idiom when we saw the first leg of  the Songs of David Byrne and Brian Eno Tour in 2008. It became our avowed aim to see David Byrne live again and this is what motivated us to attend the Love This Giant Tour.

There were several moments during the concert that exhibited great fun juxtaposed with just the right techno experimentation  One such highlight was the Star Wars like dueling light saber technique that David and Annie performed sharing the waves of the theremin on “Northern Lights”.

David Byrne has a great stage presence and I love his flippant, intellectual nature. He had us laughing when he spoke about how he catalogs his music recordings, fiction and non-fiction.

It was difficult to isolate which of the Love This Giant recording live performances was my favorite. I’ve narrowed it down to “I Am An Ape”, “Lazarus”, and “Outside of Space and Time”.

The night would have not been complete without the Talking Heads, “Burning Down The House”.

We left this concert more amazed than ever by David Byrne. We gained a new appreciation for the music and guitarmanship of St. Vincent. We won’t think of brass band music as we did before, one-dimensional, it now has a new, vibrant multi-dimension in our psyche. Thank you David Byrne, Annie Clark and the band, what a phenomenal evening of multimedia techno romp.

The Love This Giant Tour is underway. Can’t you feel the energy and excitement?

You can follow the tour blog here. There is plenty of rich and invigorating content for fans available.

We”ll be there God willing, one week from tomorrow, 9/26 at The Beacon Theatre, NYC – Yowzah

The brass band collaboration is exceeding my expectations already 😉