My earlier blog post was about Jackson Browne’s song, “The Birds of St. Marks”. So in the spirit of continuity I write….

I recall the day, many years ago when I skipped high school in Connecticut with friends and headed into New York City by train.

We took the subway to Astor Place in the East Village. Next we headed to St. Marks Place the hippest street I have ever been on. I bought a black and white Jimi Hendrix poster at a head shop. I hung it on my bedroom wall.

These memories surfaced due to a forthcoming NYC history book, St. Marks Is Dead: The Many Lives of America’s Hippest Streets by Ada Calhoun. (Thanks for that tweet, Will Hermes)

I wish I didn’t have to teach on Monday night, November 2nd or I would be attending Ada Calhoun’s book release party at Cooper Union. 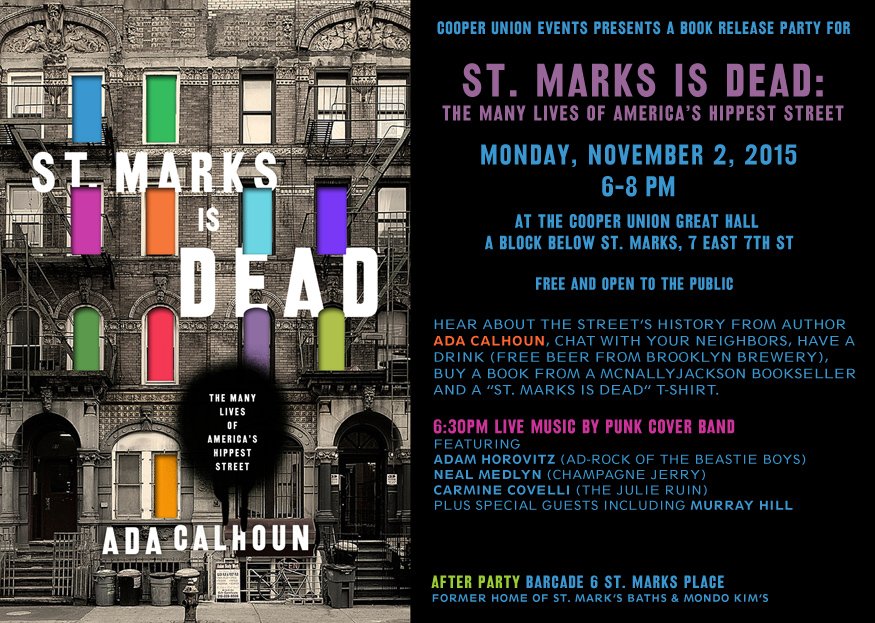