Did you ever have one of those days that was as much a contact high as it was richly fulfilling. May 22, 2012 has been that day for music appreciation.

The day started on a high note and has been playing strong ever since. I was waiting for the morning coffee to kick in as The Howard Stern Show began its Rock Day over the Sirius/XM wireless radio. I quickly learned that Slash was coming into the studio to talk to Howard Stern to promote his new CD, Apocalyptic Love (5/22). His interview was as compelling as it was intimate. I’m listening to the replay of the interview as I write this post. Amazing musical career. I especially like his vocalist Myles Kennedy, their juxtaposition is striking

Slash’s interview was followed by Gregg Allman‘s in-studio appearance and interview in support of his new autobiography, My Cross to Bear.

Today was also the release date of the Tedeschi Trucks Band Live double CD, Everybody’s Talkin. I have my copy in my hot little hands and I can’t wait to start listening to it on the Bose Sound System after the Gregg Allman interview.

I am eager to relive some of the live tracks that were recorded at the Tedeschi Trucks Band’s concert we attended last year on October 29th in Bridgeport, CT along with all the other tracks. I have also downloaded the extra track, “Simple Song / Take You Higher”.

Here is the video of Everybody’s Talkin filmed at The Klein in Bridgeport, Ct.

We watched the HBO Special last night, the 2012 Rock and Roll Hall of Fame Induction Ceremony. The show was taped at the Cleveland Public Hall in Cleveland, Ohio on April 14th. It was a very entertaining and well-coordinated event. I like that it was held in a huge arena in Cleveland because it allowed many more fans to attend than the annual event at the Waldorf-Astoria ballroom permits.

I wanted to watch this event primarily out of respect for Adam Yauch of The Beastie Boys who had passed away on Friday. It was a sharp contrast to just see the two Beastie Boys approach the podium and accept their induction award. They read a message from Adam, MCA who was too ill to attend. It really reached my heart what he wrote for them both. So sad to lose MCA as we did.

Highlights of the event: 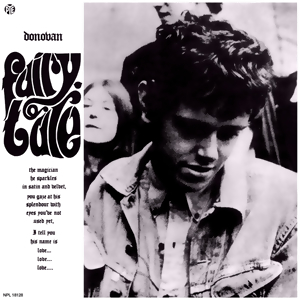