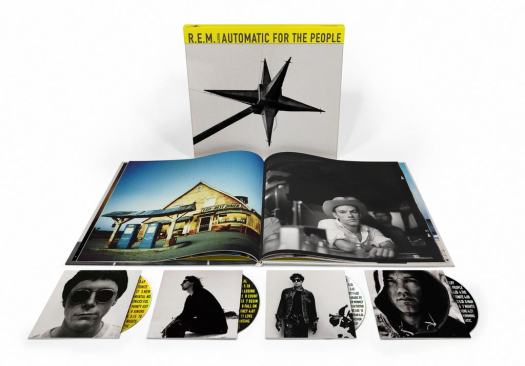 Approximately 25 years ago I purchased R.E.M.’s 16-bit audio CD based on a recommendation. Little did I realize it would become my favorite recording of my extensive music collection. It never fails to satisfy through repeated listenings, shuffled tracks, etc. I reach for it often to fill the void.

R.E.M. and Craft Recordings are reissuing Automatic for the People as a 25th Anniversary Deluxe Edition in various editions and packages on November 10th. The edition that has my interest is the four-disc box set.  R.E.M.’s Automatic For The People, Blu-Ray Disc 4 is the first album to be commercially released in the expressive, breathtaking format known as Dolby Atmos.

Been waiting for Automatic for the People in high resolution for some time now, soon it will be here…

“It speaks of the fragility and beauty of life and living life to the fullest in the present moment” – Michael Stipe reflecting about Automatic for the People.

The last track on R.E.M.‘s  album Automatic For The People” is a surreal blend of visual lyrics that  creates a sachet. I listen to the fragrant scent of this track when I need renewal. See how many spices you can name 😉

It’s rejuvenating to have R.E.M. back in the spotlight with media press events, interviews etc. They are working to promote the 25th Anniversary deluxe reissue of  their break through Out of Time recording. The video segment Michael Stipe conducted with Willie Geist NBC’s Sunday:TODAY was instrumental in understanding how Michael Stipe visualizes the captivating lyrics he has created to the songs he illustrates.

“I don’t hear music I see it.  My job as a lyricist is to close my eyes and hear the peaks and the valleys, see the landscapes the vista that the band has created sonically. I then have to create a story.” Micheal Stipe does this better than any lyricist I have heard in my lifetime.

I am jazzed Michael wants to work in music again. He is starting by producing “SIR” an album by the electroclash group, Fischerspooner. 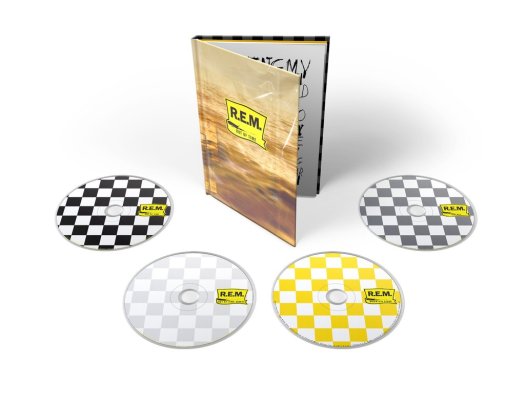 R.E.M. pulled the plug on itself in 2011. Now they are back with R.E.M. Unplugged 1991/2001: The Complete Sessions. If you have been missing their music performances we have plenty of acoustic songs to listen to tomorrow when the release drops. The 2CD set features audio of two iconic @R.E.M. performances from @MTV’s acclaimed “Unplugged” series, the first in 1991 and the other in 2001. The collection includes every performance from the original broadcasts, as well as 11 songs that never aired.

I ordered my copy today and tomorrow I should have the Amazon MP3 AutoRip in my Amazon Cloud Player locker. The 2CD set for the car will follow later in the week.

Peter Buck is the first former R.E.M. member to release new music to the public airwaves. He has been working on a solo album for some time now, very few details exist about it. I am cool with that as I like surprises and too much music gets leaked on the Web anyways.

According to Paste Magazine fans got their first taste of Peter Buck’s début on Thursday June 14th with the world-premiere of “10 Million B.C.” after airing on the Thursday episode of Diane’s Kamikaze Fun Machine on WFMU in New Jersey. The episode featured guest DJ Steve Wynn, who was given permission by his Baseball Project band mate Buck to play the song on the air, but had to play it over his phone due to technical issues. You can hear the track, titled “10 Million B.C.,” below, or hear it in the context of the original broadcast on the WFMU website.

Buck is considering putting the record out only on vinyl, with no digital download, love it 😉

Peter Buck made his singing début live on “10 Million B.C.” with Joseph Arthur just a few weeks ago at the City Winery in NYC.

Joseph Arthur, said of the collaboration: “Peter played us his new album. It’s incredibly good. I think it’s gonna blow minds. So we invited him to sing one of his new songs with us. He said okay, and then he said it was his vocal début. It was a great moment. Hopefully he’ll meet us in New Orleans or some of the other dates on our tour.”

I am continually impressed by the journalistic excellence Uncut Magazine evidences issue after issue. I believe it’s time to subscribe to this authoritative publishing source.  The Uncut team conveys a focused collective energy for the mutual benefit of the reader and the artists.

Uncut Magazine has done a stellar job with their most recent compendium, The Ultimate Music Guide, R.E.M., a well researched and coordinated 148 page collectors’ special issue. The chronological discography presents a fresh look at every R.E.M. album. I now have the right companion guide to cross-reference as I Spotify R.E.M.’s catlalogue over the next few days.

I can always count on Rolling Stone Magazine to address my specific music interests. Last week Rolling Stone published the results of their readers poll of the ten best R.E.M. songs. I hope this becomes the mix of songs that R.E.M. choses to make their greatest hits CD due out in November. The previous greatest hits was very uneven, I rarely play it

I created a table based on the Rolling Stone Web article, which I thought was well annotated with a video and the accompanying text by Andy Greene.

Especially pumped that Automatic for the People had four selections as that’s my favorite R.E.M. recording.