Award Winning Director Tracey Anarella has teamed up with Livingston Taylor to create a compelling documentary about Livingston, his life, his career and his unique and amazing teachings at the Berklee College of Music!

The film, “Livingston Taylor – Life Is Good” shows Livingston Taylor as the unique one-off that he is. Equal parts Mark Twain, WC Fields, college professor, and musical icon – an icon who is a large part of America’s first music family, one part iconoclastic and beloved professor giving back to the music that nurtured him, and most importantly, a man whose life is testament to the concept that ‘Life IS Good’.

An airplane-flying, motorbike-riding, singing-guitar/piano-man, dead set on enriching the world he inhabits. Liv represents a unique type of modern guide about how one’s life could be a very good life by being inquisitive, smart, and grabbing life by its collar and never letting go. Indeed, there is no one like Liv. 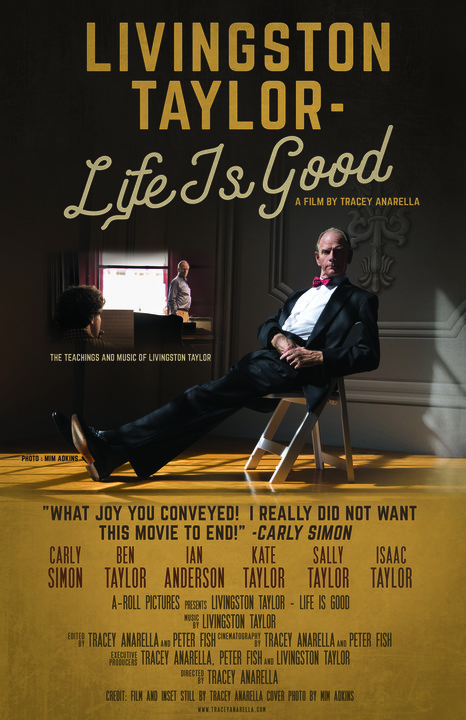 Pleased to share that the documentary “Livingston Taylor – Life Is Good” has been a part of or accepted to the following awards with awards and nominations!

Upcoming Screenings – (More to follow as they are announced)