This year’s Tribute will feature folk-rock legend Donovan, who will be honored as the recipient of the 2016 John Lennon Real Love Award. Having accompanied the Beatles on their historic journey to India, Donovan will perform a special extended set dedicated to John Lennon, which will include Beatles songs and his own classics.

“I am delighted to be honored at this year’s ‘John Lennon Real Love Award.’ And I am amazed to say that John has written a song through me which I will sing at the Tribute with special guests. Please support Theatre Within and remember, PEACE BEGINS WITHIN.”  — Donovan 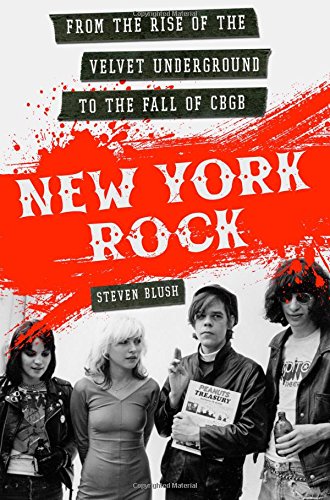 As a city that represents endless possibilities, New York has been the setting for the dawning of new movements, styles, and genres. In the 20th century, the birth of Rock represented a connection between art forms and the city’s socioeconomic, racial, and sexual variants. New York Rock breaks down the rock scene’s half-century connection to New York and analyses its distinct subculture through the prism of influences, crosscurrents, and psychoactive distractions. Over 1,500 musicians, clubs, and labels held roles in the making of New York Rock, and it’s their contributions that created this iconic art form. A compilation of first hand narratives about each genre of rock, from Punk New Wave and Glitter Rock to New York Hardcore and Indie rock, New York Rock is the ultimate illustrated account of Rock’s role in New York City.

There was a period of time (1977-1981) where I would take the Metro North train into New York City for an all day record shopping excursion. Armed with my proverbial list of recordings I sought the albums I had to have in my collection. I was heavily influenced by music journalists from the New York Times, Rolling Stone Magazine, the Village Voice and Downbeat. They helped shape my listening tastes. I was exposed to sounds and textures I would never have discovered on my own.

The greatest treasure I purchased during that time period was “Dancing In Your Head” by Ornette Coleman. I was transfigured by the energy of Ornette Coleman’s Prime Time nucleus. Little did I realize until recently that William S. Burroughs was in the studio when this recording took place.

Ornette Coleman celebrated his 85th birthday on Monday March 9th. We are blessed to have him among us.

I am itching to see Gov’t. Mule live in concert again. I’ve seen the band five times during the decade from 2005 – 2015. This jam band has so much kick. They have never disappointed me with their versatility and showmanship.

I waded in the deepest when Gov’t. Mule released their studio recording, Mighty High almost 7.5 years ago on October 16, 2007. Of all the Gov’t. Mule recordings that I own, Mighty High is my personal favorite, I am renewed when I revisit it. Gov’t. Mule gave Dub a newfound purpose and meaning. 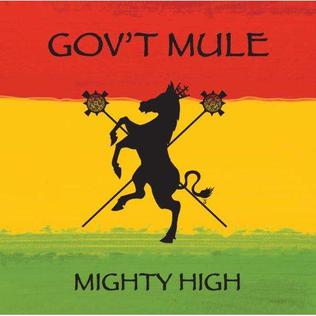 Mighty High was a direct outgrowth of the seeds germinated by Gov’t. Mule and friends the year before in NYC. In honor of that pivotal concert, Dub Side of the Mule will be released on April 7th via Evil Teen Records.

Recorded during Mule’s fabled New Year Eve 2006 performance at the Beacon Theatre in New York City, the show features three-plus hours of Mule standards and covers, including a 1-hour reggae/R&B set featuring Toots Hibbert, the legendary founder of Toots & The Maytals. This set includes many of Toots’ revered songs including: “Pressure Drop,” “54-46 Was My Number,” “Reggae Got Soul,” and a rendition of his version of the Radiohead song, “Let Down.” The album also includes special appearances by Gregg Allman & Friends and John Popper (from Blues Traveler).

All 34 tracks have been remixed and mastered. The album will be available in three formats: standard edition CD (1 CD of the entire set with Toots, plus two additional Mule-only reggae songs), standard edition vinyl (two 180-gram vinyl’s of the Toots set, plus two additional Mule-only reggae songs & a download code for the digital files), and a deluxe edition (3 CDs of the entire 3-hour performance, plus a DVD of only the entire reggae set with Toots Hibbert.

Check out this video clip from that blissful evening.

Wow has it been 40 years since Saturday Night Live premiered on late night NBC television. Amazing. We love SNL. It is a Saturday night tradition for us. We have been watching since the beginning show on October 11, 1975.

Taschen the art book publisher has published the ultimate tribute to the show, Saturday Night Live: The Book. Author Alison Castle was given not only full access to SNL’s archives, but also the rare opportunity to watch the cast and crew at work. She spent the better part of Season 39 in the trenches, learning how everything comes together in just six days for the live performance. Part encyclopedia and part behind-the-scenes tour, Saturday Night Live: The Book covers both the making of the show and its remarkable history.

Two years ago I attended the Experience Music Pop Conference 2013 New York at the NYU Tisch School of the Arts. My major goal that day was to attend a session, Rock and Roll Was Here to Stay with Robert Christgau.

It turned out ideally to be an intimate conference room setting.  I sat to the adjacent left of Robert Christgau. I was jazzed to be in the company of the Dean of American Rock Critics. I have appreciated and respected Mr. Christgau’s album/book reviews for four decades. I loved his energy level coupled with his feisty, articulate nature. Robert Christgau read to us from his memoir-in-progress, Going Into the City. I couldn’t wait to learn more about Robert Christgau’s past and New York City.

I noticed when I went to follow Robert Christgau on Twitter that he was promoting that book as being available next month.

If you happen to be going into the city, Robert Christgau will be interviewed by Rolling Stone Magazine‘s Rob Sheffield at The Strand Bookstore on Wednesday, February 25th from 7-8 p.m. The event will be located in the Strand’s 3rd floor Rare Book Room at 828 Broadway and 12th Street in Manhattan(NYC).

I can’t attend due to a conflict but I did the next best thing I pre-ordered a signed copy to add to my music library.

What I like about living 90 minutes out from New York City is the constant deluge of great music and entertainment events scheduled throughout the year that I can possibly take advantage of attending. If money and time were non-issues I’d love for us to witness more music performances per year.

I have been noticing more NY City regular scheduled week and month long events beginning with the Winter Jazz Fest in January, continuing with the month long Red Bull Music Academy Festival in  May and next:

We love our SiriusXM Satellite Radio. My wife and I are listening to the event that was taped earlier today. That is one of the beauties of the Howard Stern Channel 100, getting to hear the show as much as they repeat it for us subscribers.

Fans got to attend based upon the great question they submitted and then some of them got to ask Billy Joel live.

Both Billy Joel and Howard Stern are incredibly honest personalities.  The radio banter is warm, intimate and honest.

Billy Joel has a special, limited channel (90 days only) on SiriusXM that his friend Howard Stern encouraged him to do. We listen to Channel 705  as much as we can as loyal Billy Joel fans.

Tune in if you are a SiriusXM subscriber or Google this event on the Web to learn more about this truly unique event. Either way you will not be disappointed, trust us.

The art of the instrumental can be powerfully felt through tight musicianship and coordinating playing. The instrumental track, “Victory is Won” highlights the drumming of Dennis Chambers (love the rolls at the end) along with how well Chester Thompson dances his fingers across his Hammond B3 organ. Carlos Santana tops things off with his glass slide technique down the neck of his Paul Reed Smith. Benny Rietveld plays bass. This four piece ensemble recorded many of the Shape Shifter album tracks together.

There are two ways I love to hear this instrumental performed. The first is to play the instrumental recording from the Santana Shaman audio compact disk.

The second way is live. My wife and I attended the November 1, 2005 Webcast Concert at the Hammerstein Ballroom in New York City, in celebration of  the Santana album, All That I Am launch. It was an all star evening with special guests Robert Randolph and Anthony Hamilton who are on that album. Clive Davis was there sitting in the opera booth and we walked behind him when the crowd let out 🙂

We witnessed a great rendition of “Victory Is Won” as we stood very close to the stage that night. Trust me it was as cool as the video evidences.

I don’t know when my love affair with New York City commenced. I grew up in the suburbs in Norwalk, CT. We were considered a bedroom community, one hour by train from Grand Central Terminal. The railroad station that spews you into the Main Concourse melding us with the Metropolis’s hustle and bustle. New York City has made a lasting impression, expanding my appreciation of the arts. I am blessed to have such immediate access to NYC’s rich culture of theaters, radio and television stations. New York City is the mecca for musicians, record company labels, recording studios and live music performances.

New York Magazine has published a special issue, March 24-April 6 2014: The Annual Yesteryear Issue. The centerpiece article for that issue is, “100 Years, 100 Songs, 100 Nights, A Century of Pop Music in New York”. The special issue affords us an illuminative essay written by Judy Rosen, “The Town That Put the Pop in Music“. I especially love the pictorial, “A New York Band, 26 Musicians who shaped the city that gave them their voice.” Photographs by Christopher Anderson. I marvel at which musicians I have seen perform live and may have met at an autograph session. The NYC music series would be incomplete without mentioning Patti Smith. I was tickled pink to read John Cale‘s writing about Patti Smith, “Turning A Poet Into A Pro”.

I purchased both the print and digital iPad editions. Please excuse me as I have some salacious reading and listening to do. 😉