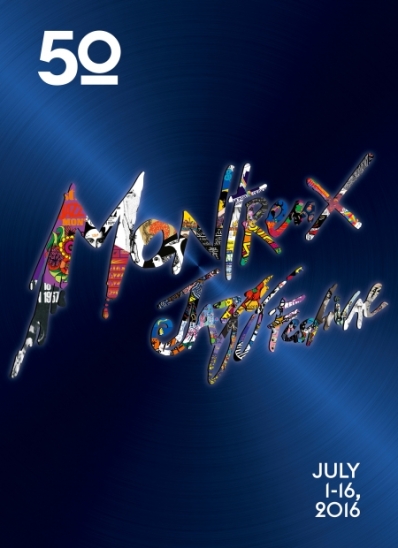 The festival takes place from July 1 through July 16. Being able to experience this festival one day is high on my bucket list 😉

I love this song by Santana. I know Carlos Santana truly enjoys hanging and playing with Derek Trucks and Susan Tedeschi live.

I have seen Derek Trucks play with Carlos Santana at Mohegan Sun in 2008 and then twice last year when Santana played with The Allman Bros. Band in New Jersey and Hartford. Each performance was moving.

This collaboration is my favorite as it features husband and wife, Derek Trucks with Susan Tedeschi in, “Make Somebody Happy”, written by Carlos Santana and Alex Ligertwood. Performed in July 2011 at Montreux.

I am sad to learn that we have lost our patriarch of live jazz music. An intimate friend to musicians and music fans all over the world.

We salute you Claude. Your 46 year commitment to the Montreux Jazz Festival and the merits of live music lives on in all the music of our hearts.

I am happy to share with readers of this music blog there is major activity to report from the Santana camp.

The first news item is that Santana has signed a two-year run of unique performances at the House of Blues in Las Vegas. The host property will be the Mandalay Bay Resort and Casino on Las Vegas Boulevard South. The show is called, An Intimate Evening with Santana: Greatest Hits Live — Yesterday, Today & Tomorrow

House of Blues Las Vegas has been specially reconfigured for the special Santana show. Fans within a few feet of Carlos can select from several intimate locations within the venue, from a limited number of exclusive VIP packages including meet and greets, limited edition photos, specialty dining/beverage packages and stage-side specialty dining.

The two-year residency kicks off on May 2 with a series of shows taking place throughout the months of May & June. The residency will then resume in September and play through 2013.

We saw the first rock ‘n’ roll resident show, Supernatural Santana, A Trip Through The Hits several times during its two-year run at The Joint at the Hard Rock Hotel and Casino in Las Vegas. They were delightful, memorable evenings for us. We are curious how the shows will differ at the House of Blues venue. Perhaps there is another Santana Las Vegas trip in our future 😉

The second news item to share is that Santana will finally be releasing the album, Shape Shifter sometime in May.  It features one song with vocals and then all the rest are spiritual instrumentals. According to a recent interview Carlos conducted with MusicRadar.com he describes Shape Shifter like this:

It’s not one of those guest-vocalist kinds of records. So people will get to hear Carlos Santana all by himself!

The third new item to report is that the DVD and Blue ray edition of Santana Greatest Hits Live at Montreux 2011 is now available for order. It is a three-hour concert filmed at the historic Montreux Jazz Festival. You may have seen the PBS Special that has some of this concert when it aired in December 2011.

The fourth news item is not substantiated by Santana management yet. It appears that Santana will be touring the East Coast of the United States in the July/August time frame. No venues are announced yet but Santana usually plays Mohegan Sun Casino Arena and/or the Oakdale Theater (or whatever they are calling it these days…) in Wallingford so we have our fingers crossed for a live Santana show near us in Connecticut this summer. 🙂

So how’s that for some great Santana news everyone? Viva Santana!

It is encouraging to know that we will have more live Santana concert footage to savor soon. I have not seen Santana live in concert since September 3, 2010 in Las Vegas. I hope they tour the East Coast of the U.S. in 2012. We have seen Santana live 16 times thus far 🙂

Santana Live at Montreux 2011 will be airing in December 2011 on most PBS stations. Check your local listings at http://www.pbs.org/tvschedules/ as times may vary. This is a one hour edit of a three-hour show that will be made available on DVD in early 2012. Stay tuned for further details and tune in to PBS!

Carlos Santana and John McLaughlin kicked off the 45th Montreux Festival honoring their 40 year ago collaboration, Love, Devotion and Surrender.

Santana and the Montreux Jazz Festival have a rich, colorful heritage with each other over the decades. Claude Nobs and Carlos Santana have a bond that has produced several unique Santana concert experiences. One of those events was filmed in 2004 for DVD and is entitled Hymns for Peace. It was an all-star celebration to celebrate peace. 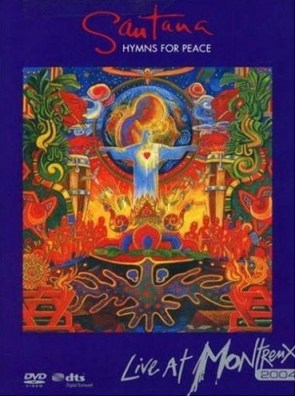 We saw John McLaughlin and the 4th Dimension last year at The Town Hall in NY City on November 13, 2010. John McLaughlin announced that night that he and Carlos would be playing and recording together in Europe in 2011. Invitation to Illumination is the live edition of that aspect of the promise fulfilled. It is my private hope that more recording time has been spent between Carlos Santana and John McLaughlin.

It would be a wonderful follow on to 1973’s Love, Devotion and Surrender.

I urge you to visit a Santana brother of mine, Pierrot’s Web site that is a labor of love to John McLaughlin and Carlos Santana’s collaboration. http://www.santana-mclaughlin-40th-lds-anniversary.com/#!

John McLaughlin and Carlos Santana have played the Montreux Jazz Festival before, once in 1993:

and again on July 15, 2004 as part of the all-star cavalcade known as Hymns For Peace.

Here are some photographs of the Invitation to Illumination rehearsal taken at Montreux’s Auditorium Stravinski today. 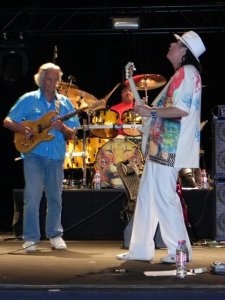 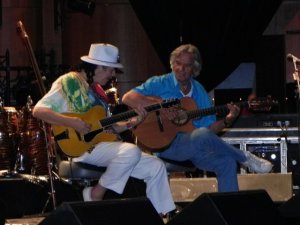 From the John McLaughlin Newsletter, June 2011

On July 1st, Carlos Santana and John McLaughlin will play together at the Montreux Jazz Festival. This “Invitation to Illumination” celebrates their 40 years of friendship.

” There are festivals, and there is Montreux. For me and hundreds of other musicians, Montreux is Claude Nobs. The great festival of Montreux came from  Claude’s passion for Jazz and Blues almost 45 years ago, and has grown from its humble origins to the greatest Jazz/Blues, R ‘n B, Soul, Pop and Rock Festival in the world. Of course we know that there is a fantastic team working with Claude, but Claude’s presence and personality are an integral part of the atmosphere of Montreux. I have a very close relationship with Claude and Montreux since I’ve been going there for the past 40 years!

Naturally enough, when I had the idea to make a 40 year (almost) reunion with my brother guitarist Carlos Santana, Claude was the first person I spoke to about this project, he loved the idea, and here we are 9 months later getting ready for a concert that I for one, will never forget. The concert is called ‘Invitation to Illumination’. To some people, this title probably sounds a relative to the name of our record together ‘Love Devotion & Surrender’.They’re right in the sense that both Carlos and I believe in humanity and its essential oneness. The recording 40 years ago, and the concert today, is a call to the light in people. Illumination is not some ‘pie in the sky’ hippy slogan. Illumination is something we all were born with, and will have for our entire lives. All it means is that a big light has been turned on in your mind and heart. What we see when this light is on, is that we truly are one human family. Further, not only are we one family, but we all live on this beautiful ship called Earth, and that we are getting to the point that if we do not take care of each other, we won’t have much of a ship anymore, and we have nowhere else to go.”

I visualize the light at the edge of the world through three unique lens. Light defines our greater purpose as we travel ever towards it.

The first unique lens reveals rich textures of sound swirling in depths of dimensionality. The origin of the light at the edge of the world is an exquisite, ethereal instrumental written and composed by jazz saxophonist, Pharoah Sanders. Santana put me on to this jazz composition when it was included on the Hymns for Peace DVD filmed at Montreux Jazz Festival in 2004.

The video clip features Salvador Santana on piano ably leading an eclectic quartet that features Ravi Coltrane on tenor sax, Benny Rietveld on bass and Dennis Chambers on the drums. Once you connect with this instrumental you will embark upon a special journey.

While the first lens is still open I share a complimentary video of a hoped for documentary about Pharaoh Sanders.

The second lens opens wider to introduce us to worldwide indigenous cultures that have been reported studied, photographed, filmed and documented by the provocative mind of anthropologist, ethnobotanist, Wade Davis.

“The measure of a society is not only what it does, but the quality of its aspirations. – Wade Davis”

Wade Davis authored a book The Light At The Edge Of the World, A Journey Through The Realm of Vanishing Cultures. I happen to own and treasure this book. Again a direct influence from Santana, from the bookshelf of Carlos Santana. 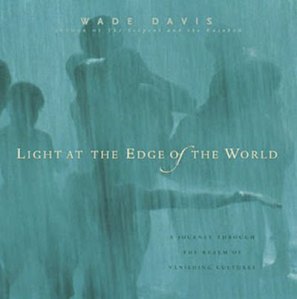 Wade Davis produced, wrote, and hosted Light at the Edge of the World, a four-hour ethnographic documentary series shot in Rapanui, Tahiti, the Marquesas, Nunavut, Greenland, Nepal, and Peru.

Wade Davis is someone you want to listen to speak as well as read his books, study his photographs. You will gain such an appreciation for the preservation of societies, languages, cultures when you listen to his passionate articulations.

Here is Wade Davis talk from TED Ideas Worth Spreading, be ready to deeply educated. altered and changed when you open your mind and heart to indigenous cultures and how we are all one.

The third lens opens to a 1971 movie entitled The Light At The Edge of the World, starring Kirk Douglas, Yul Brynner and Samantha Eggar. The movie is based on the adventure work by Jules Verne 1905, The Lighthouse at the End of the World.

I’ll leave the connecting of the dots to these three unique lens about The Light At The Edge of the World to your discretion. Feel free to leave a comment about this blog post and let us know what you see the dots connecting to and why 😉 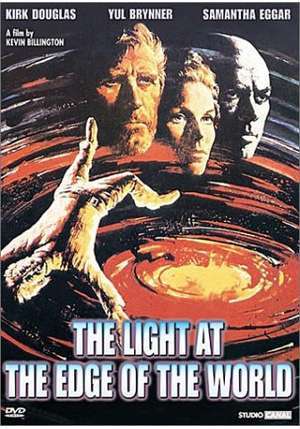