The Animals like many bands have various “Greatest Hits” or “Best of” recordings to choose amongst. I have been listening to The Animals music on Spotify to help determine which of the “Best” recordings to purchase and subsequently have Hilton Valentine sign for us.

I have decided that The Animals Retrospective is the Audio CD collection to order. I base that decision on the fact that the retrospective contains these post Animals and Eric Burdon/War classic hits.

I have always been enamored with the Eric Burdon & The Animals era from 1967-1968. The songs, “San Franciscan Nights”, “Monterey”, and “Sky Pilot” are FM recordings that shape our understanding about the flower power period in American music history. This brings me back to a special summer 🙂

Here is “Spill The Wine” as performed by Eric Burdon & War recorded for Beat Club of Radio Bremen in Germany 1970.

This is an exciting time for Eric Burdon fans. Eric Burdon‘s solo album, ‘Til Your River Runs Dry on ABCKO drops tomorrow 1/29. Burdon’s new album coincides with the 50TH ANNIVERSARY OF THE ANIMALS!

Publicity from Team Eric commences with Eric Burdon’s appearance on the Late Night with Jimmy Fallon show which can be seen starting at 12:35 a.m. EST. Eric Burdon and his band will be performing with The Roots. MusicOfOurHeart will follow-up on this blog with the anticipated video clip of that performance when its published.

If you are in the New York City area tomorrow you can pick up a copy and see Eric in person at the J&R Records in-store “free” performance and signing! Click here for details and to RSVP.

Speaking of video clips there are a couple of videos songs from the new album available for viewing.

1) Water –  Check out the lyric video for album cut “Water,” a blues-rocker with a classic Sixties feel that examines water conservation. It’s an issue that matters to Burdon, who’s lived in the arid Southern California landscape for years.

“Some people are squandering the world’s most precious resource while others have too little clean water to drink,” said Burdon. “At the same time, we have tsunamis and cities under water. And yet, we still ignore Mother Nature’s warnings. I sing this song in the hope that I can bring some balance to the issue, to bring some awareness of the importance of water to our future on the planet.”

Eric Burdon has joined with producer Brendan Benson and Cincinnati rockers The Greenhornes for a four-song EP, Eric Burdon and the Greenhornes. I trust you will find the music as I do powerful, gripping and immediate.

Burdon borrowed the term from Winston Churchill, Britain’s prime minister during World War II, who referred to the “black dog of depression” to describe his periods of deep despair. “I thought, ‘That’s a really interesting concept,’ and that gave birth to the song,” Burdon says. “Now I’m finding black dogs in the neighborhood that are kind to me, and I’m finding that I have no fear. I’m putting my hands through fences and stroking these dogs. It’s amazing how music can make things happen like that.”

Listen to the track, “Black Dog” over at Rolling Stone Magazine: http://www1.rollingstone.com/hearitnow/player/ericburdon.html

You can also listen to another sensational track via Sound Cloud, “Out of My Mind”. I can’t wait to own this EP, which will be released on 180 gram vinyl only on Record Store Day’s “Black Friday” Nov. 23rd on Readymade Records. The EP will also be released digitally on Nov. 27th.

The list of unique and limited numbered record vinyl is available on the Record Store Day Web site. The list document is a downloadable/printable PDF or Web page listing. I find having the hard copy list with me in the store adds to the fun of finding the vinyl treasures you seek.

Record Store Day Black Friday is a tough day for me. My favorite record store in New Haven closed this past year, Cutler’s Record Shop. Phil Cutler always had an extensive vinyl inventory for Record Store Day. I will have to find another Connecticut record store who supports this Record Store Day event in abundance and choice. Otherwise I will make a trip to New York City and the Greenwich Village/West Village record stores. I like to spend the day with my son record shopping that day so that may end up being the plan 😉

Here are a few vinyl highlights that have caught my interest so far, lots to study and check out, cool! I expect more specialty vinyl to be announced as we get closer to the event day.

1) Beach Boys Surfin’ Safari, 10″ 180 gram vinyl in gatefold sleeve with their first ever single, and their latest single 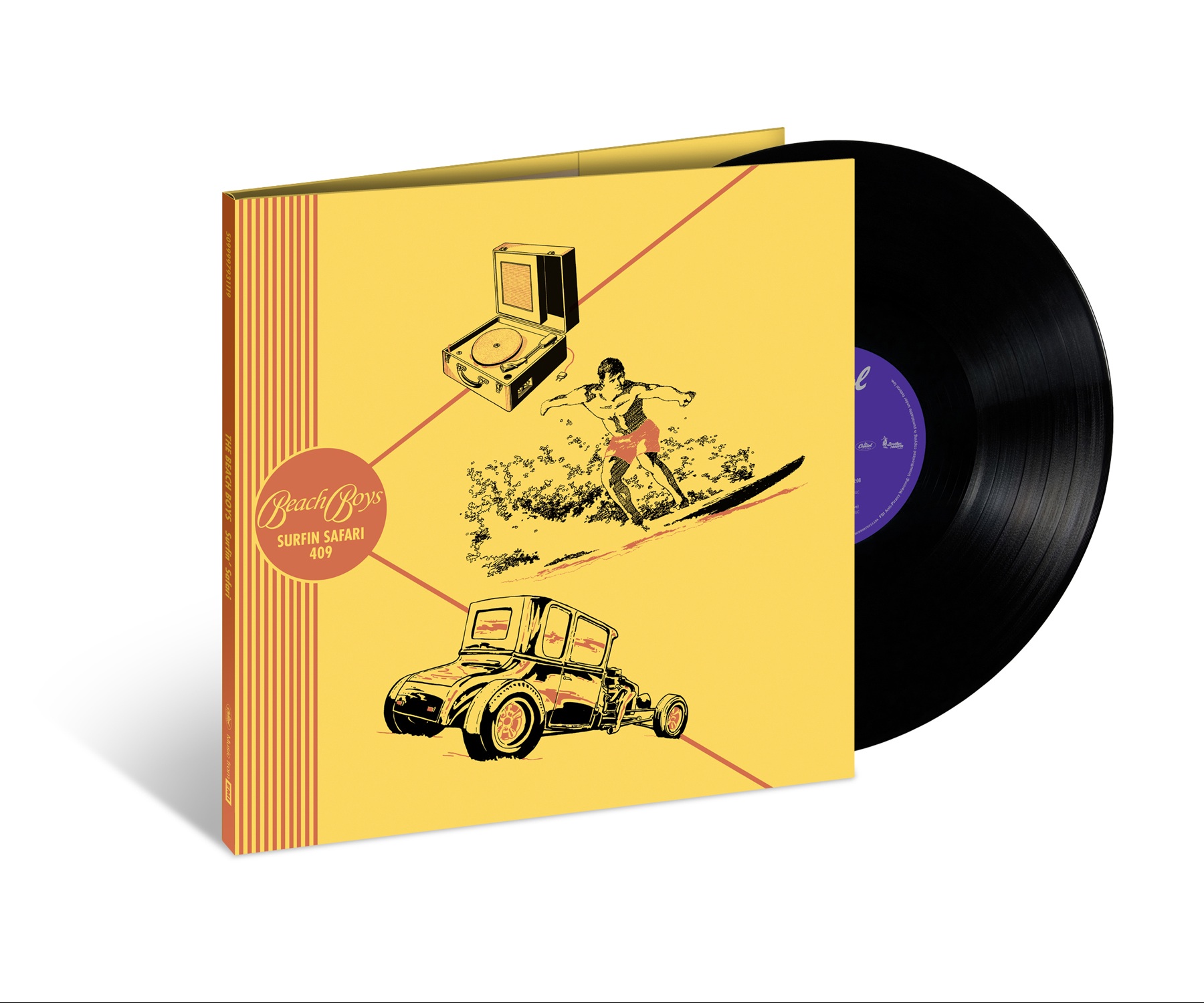 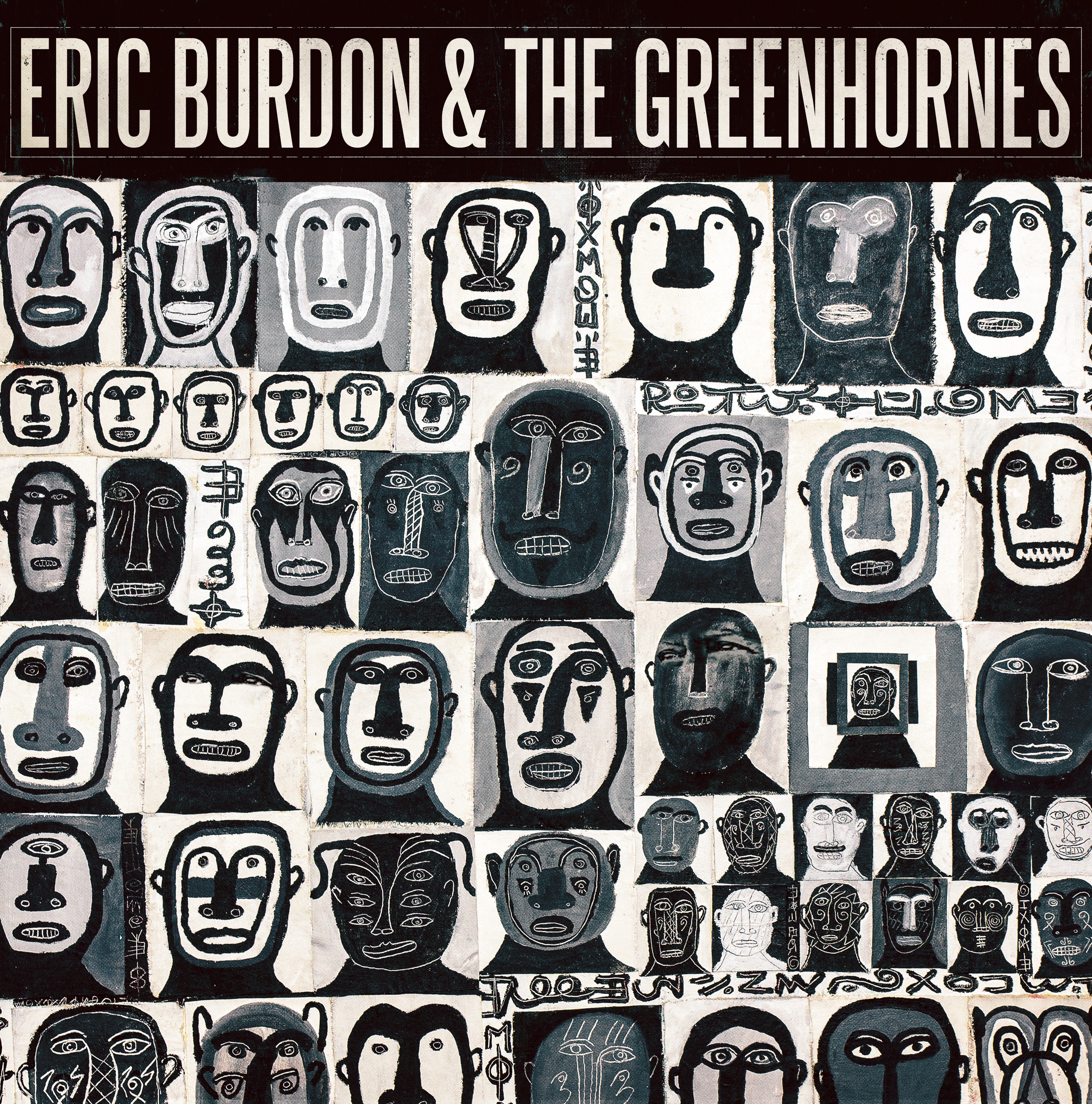 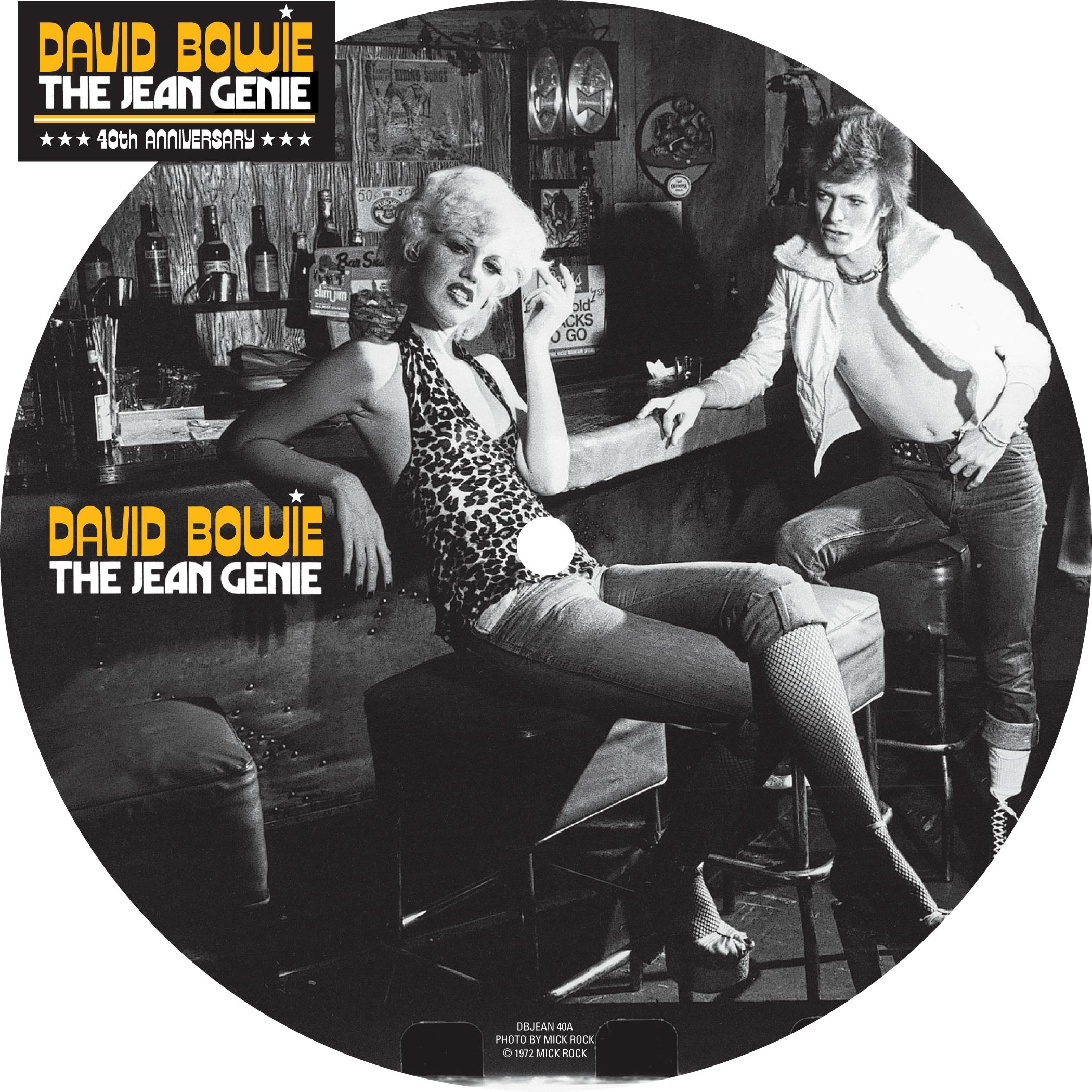 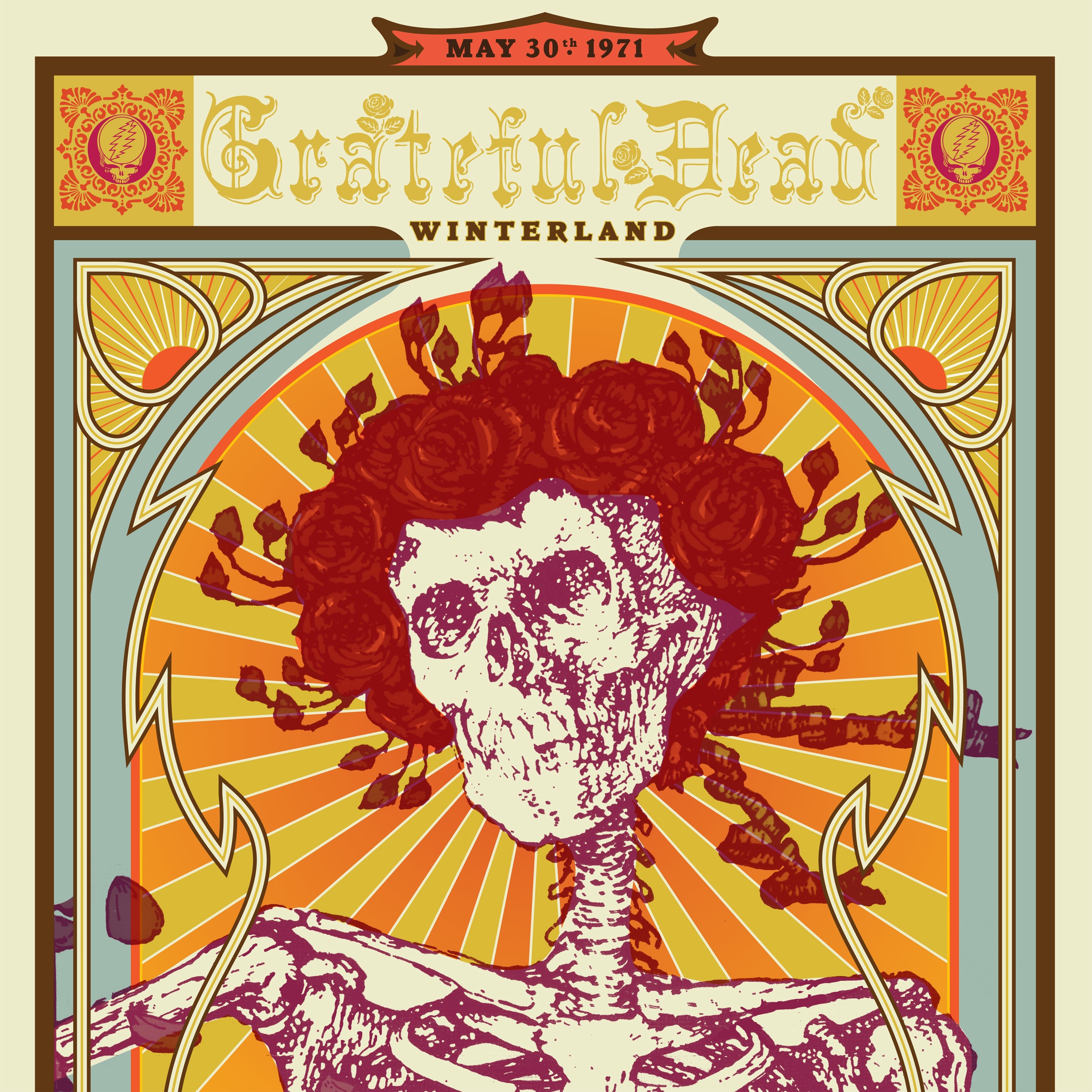 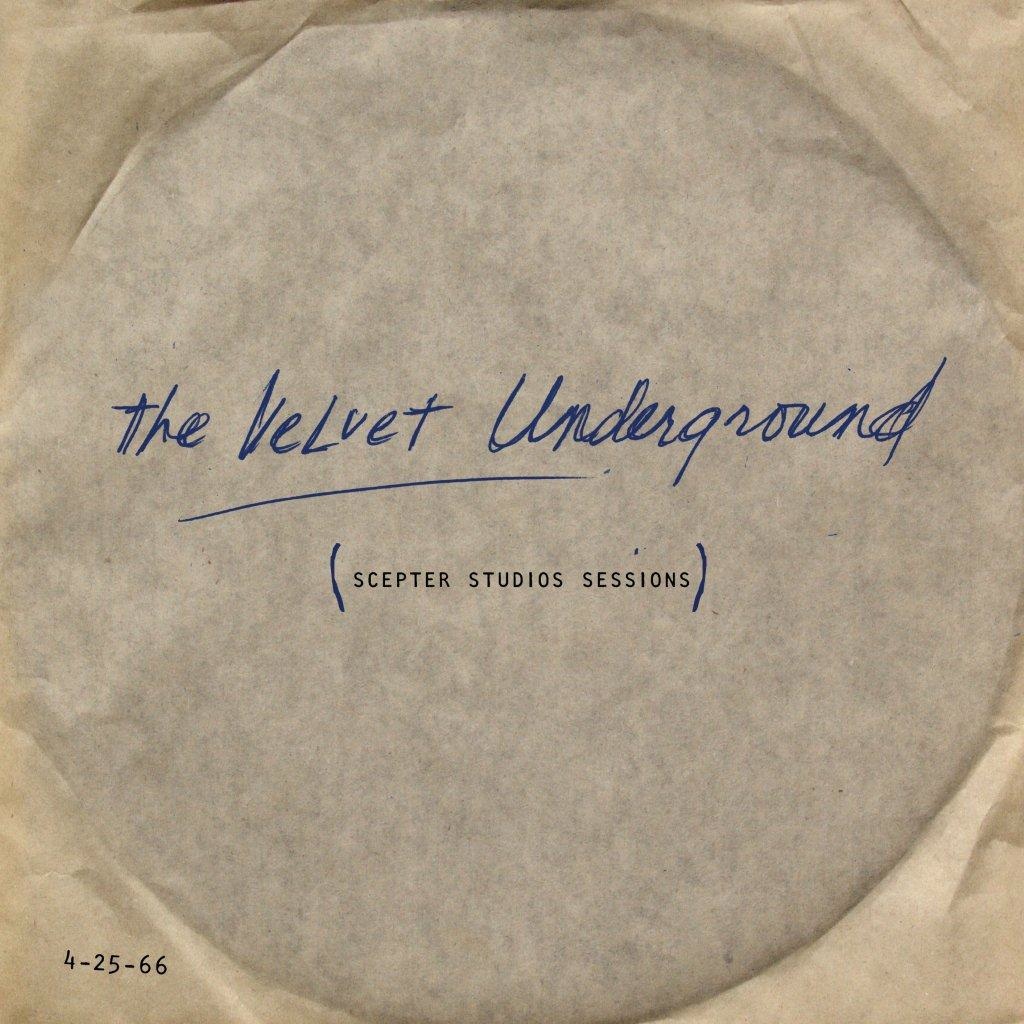 6) Frank Zappa, Why Don’cha Do Me Right, Big Leg Emma 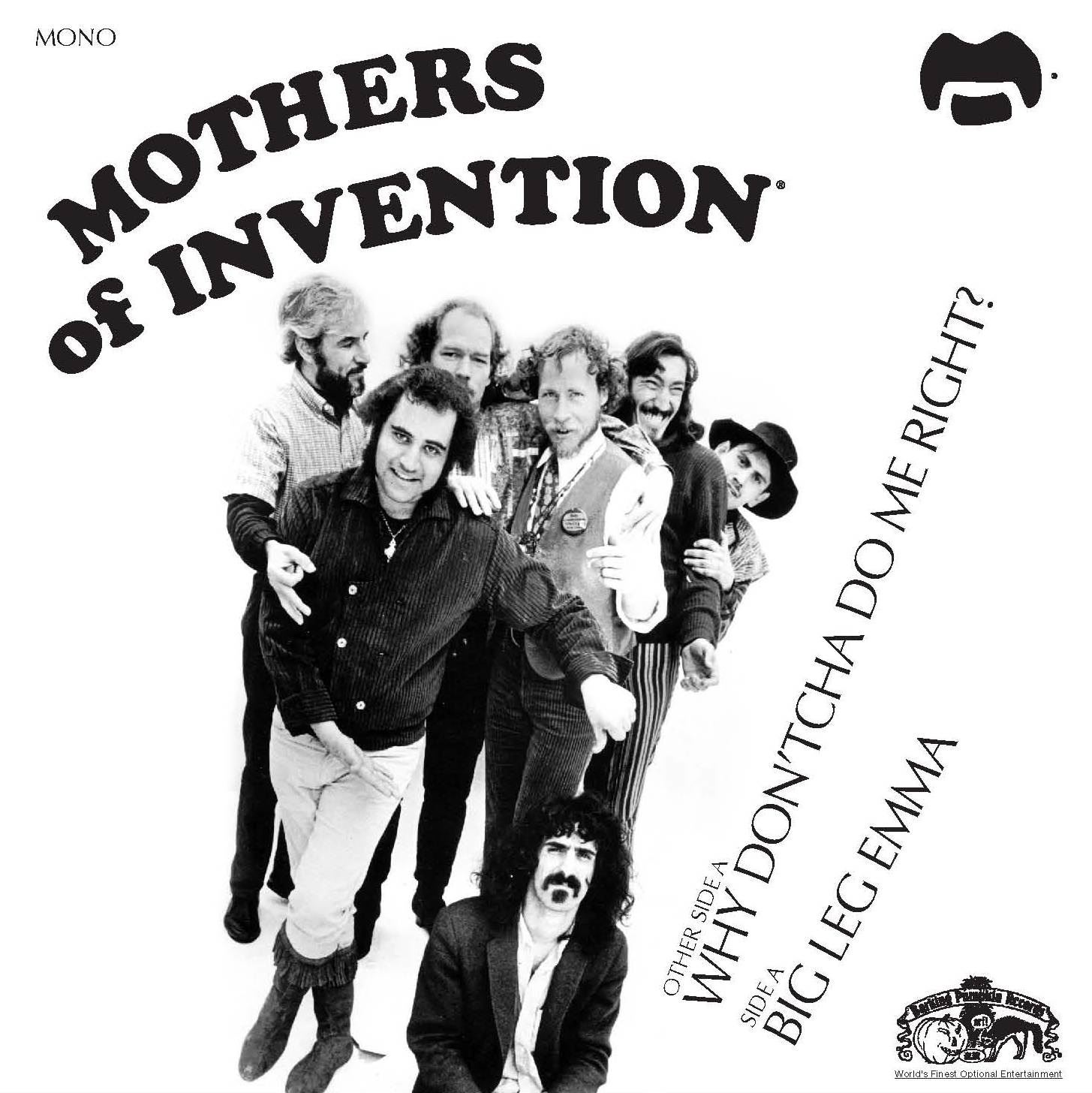 I received a notification on Facebook that the Eric Burdon Team was holding a giveaway contest via Eric’s FanBridge network. So I got the hookup and now keep my fingers crossed for one of the CD’s Team Eric is giving away this week.

I had been wondering what Eric Burdon was up to lately, so I plugged back in to Eric Burdon’s Web site for the latest news and information. I was informed that Eric Burdon had undergone back surgery in late July and was on the mend As a matter of fact, his doctor discourages him to travel so he performed right up the street this past weekend ;).

Eric Burdon will be releasing his new full recording ‘Til Your River Runs Dry on ABCKO the first quarter of 2013.

Here are Eric Burdon’s thoughts on the forthcoming album: “I started feeling that I needed to use this album as a catharsis, to express my own truth. It took longer than any other album, not because of time spent in the studio, but because of the subject matter of the songs I wanted to put out there,” says Burdon about the album’s lengthy gestation period. “The result is a deeply intimate, honest self-portrait as well as unsparing look at religion, politics and the environment.”

‘Til Your River Runs Dry features original tracks written by Burdon including “Bo Diddley Special,” “The River Is Rising,” “Water,” “Wait” and and the aforementioned “Memorial Day.” The album was recorded in New Orleans and California in 2010 and 2011.

You can learn more about Eric Burdon’s Til Your River Runs Dry at the ABCKO Website here.

I was thinking about what to write for today’s music blog post when the song, “Mama Told Me Not To Come” sung by Three Dog Night and written by Randy Newman started playing on the turntable in my mind.

“Mama Told Me Not To Come”, I was surprised to learn was originally written by Randy Newman for Eric Burdon and the Animals in 1966. It was released on the album, Eric Is Here, by Eric Burdon and Animals on MGM in 1967.

When I was first dating my wife Rosemary, Three Dog Night was OUR band. I purchased every vinyl LP they recorded. Our song was “One”, their first Top 5 hit in 1969. “One” was written by Harry Nilsson. I learned from Wikipedia that the reason Harry Nilsson wrote the song after calling someone and getting a busy signal. He stayed on the line listening to the “beep, beep, beep, beep…” tone, writing the song. The busy signal became the opening notes of his version of the song.

I have an interesting personal story to tell you about Randy Newman and Livingston Taylor that happened to me in 1973. I was attending the University of New Haven in West Haven, Ct. in those days. I had made arrangements as a DJ on WNHU-FM to interview Livingston Taylor before the concert. I was asked to conduct the interview with another on-air personality. I warned this person NOT to mention James Taylor during the interview because I had read it infuriated Livingston Taylor to hear those comparisons. That person swore to me he would not do so.

So we get to the locker room and Randy Newman is such a nervous Nellie before the show. He paced that locker room like you wouldn’t believe. He stood off to the side as we interviewed Livingston Taylor. Randy Newman was actually the opening act for Livingston Taylor that night. Don’t you know the asshole I am doing the interview with asks Livingston, “So what’s it like to have a famous brother like James? Livingston looks at him and then me and says, “Sorry, interview is over.” I pushed that stupid idiot DJ off the bench, telling him, “Thanks for screwing this up for the station.” Randy Newman said, “Hey guy, you really blew it for your buddy there.” That was how I met Randy Newman. I recall he played “Mama Told Me Not To Come” that night on a beautiful white Steinway piano. 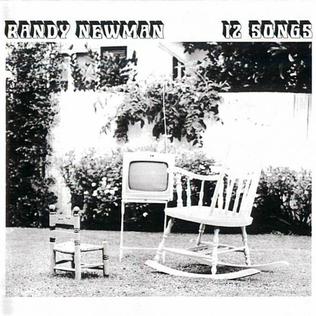 I mentioned this story years later to Livingston Taylor (who we have seen perform and spoken with many times) and we had a big laugh over that memory.

I have always wanted to see Eric Burdon perform. His music with the Animals, then later on with Sky Pilot, War, Spill the Wine and his latest recording Soul of a Man are amongst my favorite musical memories.

The past few years the Meriden Daffodil Festival has become a treasure trove of live music from the 60s. I have seen The Turtles, John Sebastian play there. Its a great place to get close to the artists.

Eric Burdon and the Animals set was a lively chorus of music. Eric’s voice was in top form.

He is an exciting bluesman. The Animals hits went over well with the crowd as we sang and danced along, Don’t Let Me Be Misunderstood, We Gotta Get Out of This Place, It’s My Life and the perennial classic House of the Rising Sun (1964).

What I really liked about Eric Burdon’s live performance were the songs from the Soul of a Man CD.

The song, Kingsize Jones took on a strong, immediate presence. The title track epitomized what Eric Burdon emotes the best, how a man’s soul feels and expresses. Soul of a Man is a great expression.

I really loved when Eric switched into blues mode with Boom, Boom by John Lee Hooker and the song he did about his early memories of seeing Memphis Slim at 17.

The band is very tight, professional, Red Young on keyboards, Paula O’Rourke on bass and several other excellent musicians.

All in all a great afternoon of music.