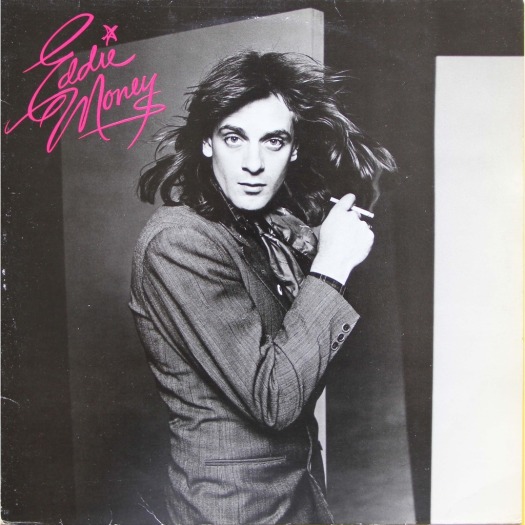 Mickey Thomas of Starship, Lou Gramm of Foreigner and Eddie Money are conducting a mini-tour together to Keep Christ in Christmas. Take a look at the poster below and go out hear these three great vocalists at the cities near you.

The concerts are about rock music and each of their respective hits but it’s also about keeping Christ in Christmas. I think it’s an ideal counter balance, don’t you? 🙂

Here is what each artist has to say about getting together to sing about Christ and Christmas.

“It’s going to be each of our respective songs and the holiday songs. We’ll be singing some things together. We really didn’t have the time to write originals,” says Gramm

“I think that Christmas is really all about the kids and the birth of Christ,” says Eddie Money.

“Of course Christmastime is a great time for joy and to Keep Christ in Christmas is how we say it. I’m really looking forward to having a wonderful time out here,” says Mickey Thomas 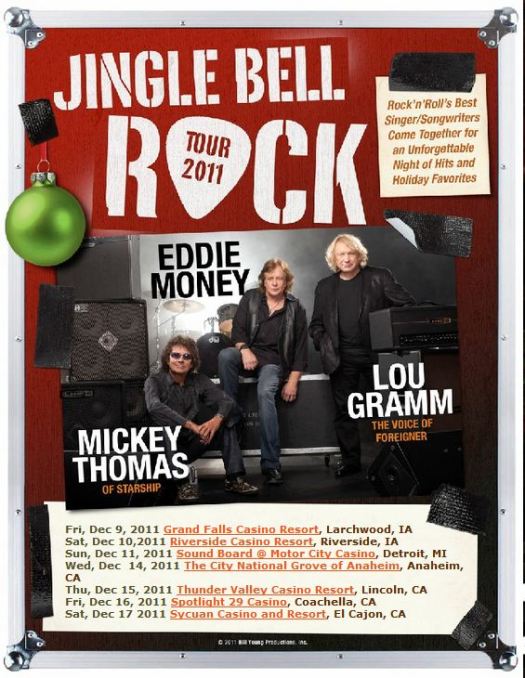 The year was 1977. I was the record department manager at Caldor’s Inc. a discount department store chain. My CBS Records account rep, Paul Hughes laid a “promo” copy of Eddie Money on me. Paul said to me, “Our A&R people are giving this record high marks. Give it a spin and let me know what you think when I see you next week.”

I took the record home and dropped it on my turntable. I liked what I heard immediately. I started hearing “Two Tickets to Paradise” and “Baby Hold On” on WNEW-FM radio from various disk jockeys.  I told Paul the following week, Eddie Money sounds strong. He of course said, how many copies do you think you might order for your department? I told him 50. They sold mildly at first. But I sold Eddie Money stronger the next year when he broke as a Top 40 artist.

Eddie Money has recorded some of my favorite songs.  I was pleased to learn from photographer and intense music fan Jay Blakesberg that Eddie Money was planning a comeback in 2011 with a new recording. Here is one of the photographs that Jay took of Eddie Money in San Francisco for possible promotional use. You can see Jay’s memories of the day he spent with Eddie Money here and more photos of Eddie Money here 🙂

It’s important to also note that Eddie Money was discovered in  San Francisco by Bill Graham’s organization. Bill Graham played an instrumental role in Eddie Money’s career. The following video, “I’ll Get By” is a moving tribute to the memory of rock impresario Bill Graham who we lost tragically in 1991. Love the youthful picture of Bill Graham that starts/ends Eddie’s video 🙂

It’s very difficult to single out what Eddie Money track is my favorite but if push comes to shove its Eddie Money with Ronnie Spector signing as a duet on  “Take Me Home Tonight”. I base that decision on the dynamics of the recording and the MTV video that pushed the track to Eddie’s highest chart positions at #4 on Billboard’s Hot 100. The tribute to the Phil Spector sound, Eddie on Sax, Ronnie Spector’s unique vocals and strut 😉 all combine to make a masterpiece of rock and roll. I grew up with The Ronettes on AM radio. The Ronettes are one of my two most favorite 60’s girl groups, The Shangri-Las being my most favorite :).

Take Me Home tonight will also be a new movie in March 2011.

Eddie Money’s bringing it in 2011 and I couldn’t be happier for him and his music career!