“This is the Ramones, but two years earlier.” — Questlove of The Roots on Death

What an exciting moment this independent film unveils for music fans everywhere. The first black punk band, Death. Who knew? They had to emanate from Detroit, no question about that 😉

“A Band Called Death” is a story of the burgeoning punk rock scene, of the exploding DIY energy in the 1970s, but it is also a sweet and touching family story. The filmmakers keep it simple, using floating black-and-white photos of the brothers jamming with their instruments, or, hauntingly, walking through a covered bridge in Vermont. Home movies of the boys playing in an upstairs room at their parents’ house shiver with the excitement of their raw energy and self-belief.

It comes full circle that fellow Detroiter’s Jack White and Ben Blackwell  via Third Man Records have released the 45 r.p.m. recording, RockFire Funk Express, “People Save The World”. The “history before history” before they became Death, recorded at United Sound Studio in 1973.

My son surprised me with a Bob Seger video on my Facebook wall that I have never seen or heard before today. The song is called, “East Side Story” and it was released in January 1966 on Hideout Records. Seger made his television début performing this song on the show Swingin’ Time, hosted by Robin Seymour.

Seger recalls: “They liked what I wrote, which was ‘East Side Story.’ But they didn’t like the way the Underdogs did it. So we recorded it ourselves, and then Doug and I went our own ways. I started my own band.”[2]

I’m convinced that Bob Seger (and bandmate) were influenced fashion wise (and more) by Donovan.

The Last Heard was one step before I discovered The Bob Seger System in 1969 on Capitol Records with my favorite hit by Bob Seger, “Ramblin Gamblin Man”. 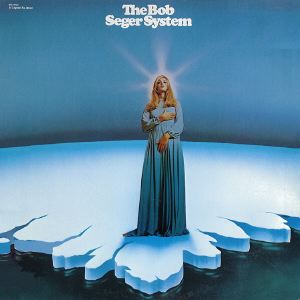 My favorite interlude today was the episode “Early Metal U.S.” which focused on Detroit, Michigan’s influence on metal music, in particular the significance of Alice Cooper.

Alice Cooper was signed by Frank Zappa for his Straight Records label. They produced surreal, experimental rock theater set against one of the tightest sounding rock bands ever. The band consisted of of Vincent Furnier (Alice Cooper) on vocals and harmonica, lead guitarist Glen Buxton, Michael Bruce on rhythm guitar, Dennis Dunaway on bass guitar and drummer Neal Smith. They were a monster of a band you immediately respected.

The recording that set me on my ear with Alice Cooper was Love It To Death. The hit, “I’m Eighteen” epitomized the dichotomy of being at 18 years old, both a boy and a man. I liked the irreverence of the cover photo where Alice Cooper stuck his thumb through the front of his pants to resemble a cock. The album played through so well you ended up loving it to death every time you played it. My second favorite song was the “Ballad of Dwight Frye“, being a melodrama film fan, I thought it was so cool that a band would perform a song about an actor who spent much of his life in an insane asylum. If you contrast Dwight Frye’s actual existence with the character, Renfield that he played in the Universal Studios class, Dracula, art imitated life. Who can forget that the hospital worker says, “He’s crazy” when asked about Renfield’s behavior at the asylum.

The year was 1968. I was a junior in high school. It was a tumultuous year. We lost Robert F. Kennedy and Dr. Martin Luther King Jr. to the assassin’s bullet. Detroit had major riots protesting Dr. King’s untimely and senseless death.

Detroit has also been the home of several popular music genres, rhythm and blues, soul music,  high-energy rock music which begat punk rock in England and the US) . Detroit also made a significant contribution to rock music with Bob Seger and hip-hop with Eminem (Marshall Mathers).

A band from Detroit, The Amboy Dukes released a song and an album in April, 1968, entitled “Journey To The Center of the Mind”, which peaked at #16 on the Billboard Hot 100. The song and album became known as the progenitor of U.S. acid rock.

It was unique rock song with its center piece rock guitar runs byTed Nugent. His unique talent for multiple guitar sounds sets this recording apart from much of what was popular. Granted Jimi Hendrix was also redefining acid rock in 1968 with his compelling, “not from this planet” guitar crescendos. The album cover and the sub-genre promoted drug use. It was ironic that Ted Nugent one of the founding principles of The Amboy Dukes was very public about his sentiments against drug use. Ted Nugent has performed more than 6,000 concerts and sold more than 30 million records.

Revolution is in the air as Anonymous and Occupy Wall Street gain momentum. 2011 is reminiscent in ways of the sentiment  in 1968 when revolution took to the streets. Music has always played a role in shaping our thoughts when there is strife.

The Detroit high-energy rock scene in 1969 gave us the central protopunk bands known as the MC5 and The Stooges. I was 17 years old then and the rock and roll scene plus its voice, Rolling Stone magazine were my prurient interests.

The first and most explosive MC5 recording was Kick Out The Jams. It is their signature recording. How rare is it that a début album is recorded live and sold to the public for their digestion? Virtually never.

The influence MC5 had on the punk rock music scene is clear throughout this live recording. If you listen closely to “Kick Out The Jams” you can hear  The Ramones sound. MC5 is the bedrock for many of the punk rock bands that followed.

I recall the controversy that surrounded the MC5. I am not a fan of censorship and the use of the word, “motherfucker” posed the MC5 and Elektra Records issues through its sales channels. I purchased the “uncensored” Elektra vinyl recording of the MC5’s Kick Out The Jams and I played it real loud.

The MC5 was rooted in hard-core revolutionary politics. They represented the thrash for the White Panther Party led by John Sinclair, who was their manager. You may recall John Sinclair from the song “John Sinclair” by John Lennon, Yoko Ono and Elephants Memory on the album, Sometime in New York City. It is important to note that one of the founding members of MC5 was lead guitarist Fred “Sonic” Smith. Rolling Stone magazine ranked Smith number ninety-three in its list of The 100 Greatest Guitarists of All Time.[5] The band Sonic Youth took its name from Smith’s nickname.

Fred “Sonic” Smith was married to Patti Smith. They were introduced to each other by Lenny Kaye. Patti Smith wrote a song about her husband, entitled “Frederick” which appears on her Wave album.

I especially like how full circle Fred “Sonic” Smith’s activist vision became as a result of writing “People Have The Power” which is an anthem for protest. Fred “Sonic” Smith passed away at 46 years of age in 1994 of a heart attack.

Patti Smith performs this song with conviction and purpose. It speaks to the triumph of the human spirit and their symbiotic, eternal relationship.