Nick Tosches is an American journalist, novelist, biographer, and poet. Tosches began his writing with poetry and rock-‘n’-roll magazines. He wrote for CREEM, Fusion, and Rolling Stone. Like many of the music journalists featured in this series he started on very common publication grounds.

Nick Tosches first book was released in 1977 under the title Country: The Biggest Music in America.  The book is arranged like a fan’s scrapbook, leaping across time and subject

Nick Tosches’s next book, Hellfire a biography about Jerry Lee Lewis considered by many his music book masterpiece.

The number one greatest music book ever ‘Observer’

A collection drawn from 30 years of his writings, The Nick Tosches Reader, published in 2000 by Da Capo Press.

Nick Tosches joined Vanity Fair as a contributing editor in 1996.

Daphne Carr is taking the Best of Music Writing publication independent in 2013. Last year a  Kickstarter project was created and successfully funded to carry out that goal. 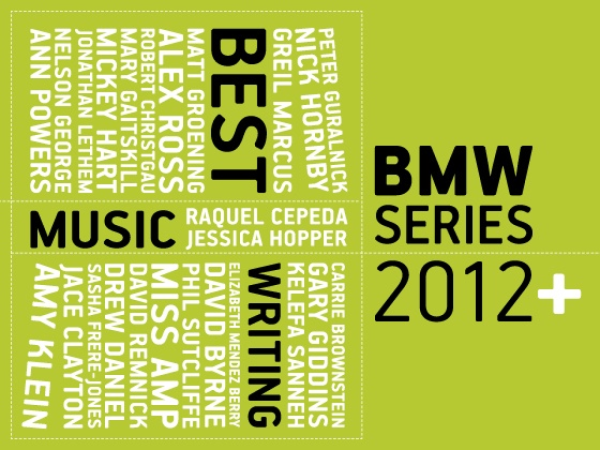 I pledged $15 to get an e-book version of Best Music Writing 2012 delivered to me on launch day and a thank you postcard. Launch day has not been announced yet but I remain hopeful for future communications in this regard.

Daphne Carr has started Feedback Press which provides a home for new writing about music, along with other reflections on culture and fiction. Feedback’s titles will be available in print and electronic editions.

The first publication from Feedback Press was Pop Papers, a series of short works about music that were  released simultaneously in print and digital formats. The first five titles in the series (Session One) had their début at the IASPM-US/Experience Music Project Pop Conference (March 22-25 at New York University).

I am very interested in this music writing appreciation community. The Music Book club meets periodically in Greenpoint, Brooklyn at WORD the Independent Bookseller to discuss music writings and published works. I hope to attend one of their 2013 meetings the writer series looks interesting.

So hopefully you have a better inkling why Daphne Carr’s momentum matters in the dynamic evolution of music publishing. I know I do 😉

My next audio CD read will be Pete Townshend’s memoir Who I Am.  Last week I completed Neil Young‘s Waging Heavy Peace on audio CD. It was a thoroughly engaging book.

Pete Townshend is the narrator which greatly personalize’s the literary experience.