Coming October 7th, Day Breaks is Norah’s sixth solo album and a kindred spirit to her breakout debut Come Away With Me. It finds her returning to the piano and her roots.The album features Blue Note luminaries including saxophonist Wayne Shorter, organist Dr. Lonnie Smith, and drummer Brian Blade on a 12-song set that presents 9 new originals alongside covers of songs by Horace Silver, Duke Ellington and Neil Young.

‘Carry On’ is the first single from Norah’s new album.

This is one Mission from God I support fully! What a public service for dedicated blues enthusiasts like myself. I am pumped to say the least.

The new record label is dedicated to development of blues artists. Blue Note Records President Don Was will be handling A&R duties for Blues Brothers Records, Judy Belushi will be the creative director and Blues Brothers manager Eric Gardner will run the administrative side of the label.

I respect the thought process given to the multi-prong distribution strategy. 1) The label’s music will be distributed by Capitol Music Group’s Blue Note Records.

2) Using BluesMobile to help tell, sell and promote the artists and their music. Elwood’s BluesMobile is the syndicated radio show Aykroyd has hosted for 22 years. A radio show I was completely unaware of until today.

3) Once the roster is large enough to produce a revue-style show, the Blues Brothers Records team envisions the artists traveling as a road show to Live Nation’s House of Blues. Aykroyd was one of the founders of the venue.

According to Billboard, still performing with Jim Belushi as the Blues Brothers, Dan Aykroyd hopes the label can generate new audiences for blues and vintage R&B the way Briefcase Full of Blues did in 1978 when it reached No. 1 on the Billboard 200 with 3 million copies shipped.

What I like about living 90 minutes out from New York City is the constant deluge of great music and entertainment events scheduled throughout the year that I can possibly take advantage of attending. If money and time were non-issues I’d love for us to witness more music performances per year.

I have been noticing more NY City regular scheduled week and month long events beginning with the Winter Jazz Fest in January, continuing with the month long Red Bull Music Academy Festival in  May and next:

I love when a song creates a spiritual resonance inside the music of our heart. “Tell Heaven” by Rosanne Cash and her husband, John Leventhal is that song. It appears on Rosanne Cash’s new album, The River & The Thread.

There are times we become disconsolate. I find in the well of deepest despair faith is rewarded as we speak to God and tell heaven of our dilemma. The more we tell heaven a stronger resolve will emerge to help us confront our challenges.

I am staying with Spotify because it is an “Open” cloud music platform. Spotify allows me as a subscriber to choose the music application I wish to use to grow my music listening experience. Spotify offers a cloud music architectural platform that embraces music software engineering (music hackathons) to take place on a global scale. We in turn as listeners get the advantage of harnessing those apps and interpreting music from new vantage points. I don’t get those options at all from beatsMUSIC. beatsMUSIC programs my music for me (didn’t radio do that for decades…) or I can build a music playlist, underwhelming options, already available elsewhere if you ask me.

The true competitive advantage Spotify has over beatsMUSIC, Pandora, etc. are the applications Just like on Apple’s iPhone or the Android phone the rich set of applications helps to sophisticate the use of these devices. Spotify like Apple’s iOS is a software platform.

Let’s look at Spotify from the jazz listener point of view. The Spotify Web application has the option App Finder listed under the Apps section. I found two premier Spotify Jazz apps from 2013, Blue Note Record’s Timeline and JazzTimes Magazine and Concord Music Group The Stylus. The Blue Note application leverages the Blue Note historical timeline of jazz. You can set various filters for jazz artists by sector (Tradition, Groove, Voices) and instruments.

The Stylus app was developed for JazzTimes and Concord Music Group by a development company known as Neon Roots. Albeit a random app to play with I find it intriguing to discover jazz genres and artists. Give it a spin sometime and see what I mean 😉

Spotify continues to innovate and invent on behalf of the music listener with a technological interest towards what lies next in the cloud music ecosystem.

My copy is on order so until the mailman delivers it later this week, I am listening to the Spotify playlist. 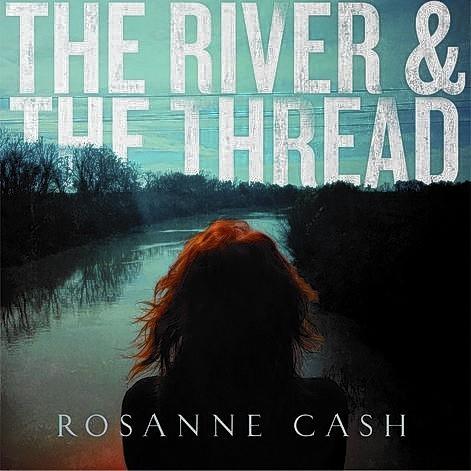 Blue Note Records continues to extend the panorama of their artist portfolio by signing, “Americana” artist Rosanne Cash to the label. I view this signing as a healthy sign that Blue Note Records is widening their artistic purpose as they diversify from their historic role as a “venerable jazz label”.

I first reflected upon the jam band initiative that Blue Note Records was embracing in  July.  I wrote about the significance of the Elvis Costello and The Roots collaboration, Wise Up Ghost, as well as new recordings from Robert Randolph Family Band and Gov’t. Mule forging a new Blue Note product line.

The River & The Thread, Rosanne Cash’s first album in more than four years, will be released on January 14, 2014 by Blue Note Records. Cash wrote the album’s 11 original songs with her longtime collaborator (and husband) John Leventhal, who also served as producer, arranger and guitarist.

The River & The Thread is sweeping in its breadth, capturing a unique, multi-generational cast of characters – from a Civil War soldier off to fight in Virginia to a New Deal-era farmer in Arkansas to a contemporary Mobile, AL couple. While Cash and Leventhal found inspiration in the many musical styles associated with the South – swampy Delta blues, gospel, Appalachian folk, country and rock, to name a few – this is a completely contemporary collection. Cash’s crystalline voice and Leventhal’s compelling guitar work are at the heart of the album, and they bring in more instrumentation to suit the tone of each particular song – from the delicate orchestral passages of “Night School,” (which nods to Stephen Foster, who also had a deep affection for the South) to the ghostly keyboards of album closer “Money Road.”

She was joined in the studio by a cast of friends and fellow musicians who also have a deep affection for and/or roots in the South, including Cory Chisel, Rodney Crowell (who also co-wrote one song), Amy Helm, Kris Kristofferson, Allison Moorer, John Prine, Derek Trucks, John Paul White (The Civil Wars), Tony Joe White and Gabe Witcher (The Punch Brothers.)

Rosanne Cash and her band will preview some of the new material from The River & The Thread tonight  (Sept. 19) at Nashville’s 3rd and Lindsley as part of the Americana Music Festival.

I love when multifaceted artists like Rosanne Cash (singer-songwriter, writer and author) take on research pursuits that add to their core values and strengths. On December 5, Cash will begin a three-day residency at the Library of Congress in Washington, DC. Events will include a concert, a round robin with Leventhal, Crowell, Cory Chisel and Amy Helm and a conversation with Natasha Trethewey, U.S. Poet Laureate. For additional details, visit http://www.loc.gov/today/pr/2013/13-141.html.

I’d love for us to attend this event.

“The Long Way Home: Songs of Travel and Longing”

Blue Notes Records is the cornerstone of recording excellence. For seven decades Blue Note has produced award-winning jazz artists for global listening pleasure. Their advertising logo states: “The Finest in Jazz Since 1939”. I see a trend forming that Blue Note Records is investing directly in the jam band genre. Blue Note has signed Gov’t Mule and Robert Randolph and the Family Band to their roster of artists. They will also be releasing a collaboration between Elvis Costello and The Roots later this year. I view this as an encouraging milestone for jam band music and its loyal legion of fans. It is significant that jam band artists are roosting under the roof of venerable Blue Note Records. Jam band music like jazz is at the music of our heart an improvisational experience.

Robert Randolph and the Family Band

Gov’t Mule and will release Shout!, the group’s first studio album in four years on September 24. In an unprecedented twist and gift to their fans, a special bonus CD will also be included, which includes the 11 tracks from the album but in different versions with each one sung by a different world-class special guest and friend of the band.

Elvis Costello and The Roots

Elvis Costello and The Roots announced that a collaborative album entitled Wise Up Ghost will be exclusively released by Blue Note Records on Tuesday, September 17, 2013. A small number of test pressings were distributed as white labels on Record Store Day on April 20 but the full release will follow later in the year. Most of the sessions took place in secret at Feliz Habitat Studios in the dead of night, while others were in plain sight at Costello’s Hookery Crookery Studios. Elvis described the record as “the shortest distance between here and there” and containing “both rhythm and what is read”. Ahmir says, “It’s a moody, brooding affair, cathartic rhythms and dissonant lullabies. I went stark and dark on the music, Elvis went HAM on some ole Ezra Pound shit.” It promises to be one of the most unexpected and surprising releases of 2013. Notice the cover art for Wise Up Ghost below. The image was inspired by the City Lights Pocket Poets Series, in homage to the cover of Allen Ginsberg’s Howl. The video pays tribute to the significance of vinyl, the turntable and bohemian poetic pentameter.