Here’s another cool collectible from one of my favorite stores in the East Village, The Turntable Lab.

I love this television show. One of these days I will own the Blu-ray series of Twin Peaks. 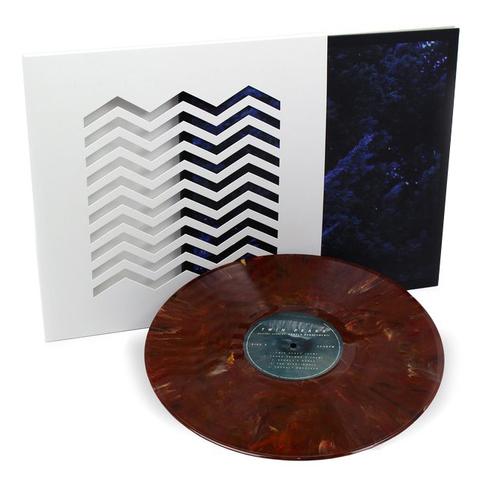 One of the greatest scores ever recorded is finally back in print for the first time in 25 years!

I’m glad that after 25 years, Death Waltz Recording Company has re-released the original soundtrack for Twin Peaks for a new audience to enjoy. This is my defining work as a composer and I’m happy it will get a fresh listen” – Angelo Badalamenti, 2016.

The day before yesterday I wrote about the David Lynch Foundation Music project and Record Store Day 2012.  I am compelled to delve further into transcendental meditation, renew my relationship with his stellar film making and explore his interpretation of music.

The best summary of David Lynch’s music comes from wikipedia.  I have taken the liberty of lifting those paragraphs from the David Lynch wikipedia page.

I am struck by the breadth and depth of his musicianship. David Lynch’s artistic and creative muse in music is expansive.

Lynch has also been involved in a number of music projects, many of them related to his films. Most notably he produced and wrote lyrics for Julee Cruise‘s first two albums, Floating into the Night (1989) and The Voice of Love (1993), in collaboration with Angelo Badalamenti who composed the music and also produced. Lynch has also worked on the 1998 Jocelyn Montgomery album Lux Vivens. He has also composed bits of music for Wild at Heart, Twin Peaks: Fire Walk with Me, Mulholland Drive, and Rabbits.

In 2001, he released BlueBob, a rock album performed by Lynch and John Neff. The album is notable for Lynch’s unusual guitar playing style: he plays “upside down and backwards, like a lap guitar”, and relies heavily on effects pedals.[113] Most recently Lynch has composed several pieces for Inland Empire, including two songs, “Ghost of Love” and “Walkin’ on the Sky”, in which he makes his public debut as a singer. In 2009, his new book-CD set Dark Night of the Soul was released.[114]

In 2008, he started his own record label called David Lynch MC on which its first release Fox Bat Strategy: A Tribute to Dave Jaurequi was released in early 2009. In August 2009, it was announced that he was releasing Afghani/American singer Ariana Delawari’s Lion of Panjshir album in conjunction with Manimal Vinyl Records in October 2009.

In November 2010, Lynch released two electro pop music singles, “Good Day Today” and “I Know”, through the independent British label Sunday Best Recordings. Describing why he created them, he stated that “I was just sitting and these notes came and then I went down and started working with Dean [Hurley, his engineer] and then these few notes, ‘I want to have a good day, today’ came and the song was built around that”.[115] The singles were followed by an album, Crazy Clown Time, which was released in November 2011 and described as an “electronic blues album”.[116] The songs were sung by Lynch, with guest vocals on one track by Karen O of the Yeah Yeah Yeahs,[117] and composed and performed by Lynch and Dean Hurley.[116]

On September 29, 2011, Lynch released This Train with vocalist and long-time musical collaborator Chrysta Bell on the La Rose Noire label. [118] The 11-song album was produced by Lynch and co-written primarily by Lynch and Bell. [119] It includes the song “Polish Poem” which is featured on the Inland Empire soundtrack.