I was deeply saddened to learn of the passing of Brian Farmer. To me he will always be the heart and soul of Gov’t. Mule.

He was a vibrant character, dedicated to his craft as the road and equipment manager for The Mule. He was a focused guitar tech and incredible buddy with Warren Haynes.

I have two videos I want to share with you about Brian.

The first is a video of Brian Farmer participating with Gov’t. Mule in the song, “Don’t Step On The Grass Sam” by Steppenwolf. We saw Brian do this with The Mule at the Ives in Danbury a few years back. It really made the evening for us.

The second video is a beautiful moving tribute to Brian Farmer performed at Bob Weir‘s TRI Studios. You can feel Warren’s heart breaking as he plays “I Know You Rider”

I take comfort that the soul ascends and that Brian Farmer has joined Rock and Roll Heaven.

Rest in Peace, Brian Farmer. We miss you dearly. #ThankYouFarmer

“He was a close friend, a devoted worker, and a lover of life,” says Warren Haynes. “We traveled around the world together and shared many experiences-mostly while laughing. He will be missed by a huge circle of friends and family.”

Last year Santana conducted an East Coast tour with The Allman Brothers. We saw that event twice, once in New Jersey at the PAC and next in Hartford. It was a very satisfying gig with Carlos Santana jamming with Warren Haynes and Derek Trucks.

This year Santana is teaming up with Rod Stewart for a series of shows called The Voice, The Guitar, The Songs which will cover the U.S. and Canada markets.

I like the two superstars on one card. Rod Stewart is the first rock headline vocalist I ever saw at The Fillmore East way back in 1969. Rod Stewart appeared as the lead singer for The Jeff Beck Group. I loved the contrast of Rod Stewart ever the dandy set against two excellent guitarists, Jeff Beck and Ron Wood.

I have been eager to see Rod Stewart perform live with a stellar guitarist. I trust Rod Stewart will collaborate with Carlos Santana.

I love the art and graphic design that accents Santana’s recordings.  I wrote about Santana Art and Artists in 2012. The vibrant electric colors are strikingly evident on the forthcoming Corazon recording.

The Corazon album release date is May 6th on the RCA/SONY LATIN IBERIA Label.

I was watching CBS This Morning Saturday Edition. Anthony Mason, the co-host mentioned that the musical guest would be the Tedeschi Trucks Band (TTB). I stay tuned in to watch TTB do, “Do I Look Worried” from their latest album Made Up Mind.

I’ve owned Made Up Mind since it was released on August 20, 2013. I play it from time to time. I was appreciating the fact that TTB is still working this recording as part of their appearances. Today’s performance solidified the recording in the music of our heart.

The song “Do I Look Worried” was written with John Leventhal who is married to Rosanne Cash. John Leventhal is an excellent songwriter, guitarist and arranger. He plays a principal role in the success of Rosanne Cash’s latest hit recording, The River & The Thread. Derek Trucks returns the favor to John Leventhal by playing on their track, “World of Strange Design”.

Blessed are the peacemakers, for they will be called children of God Matthew 5:9

A warm round of applause to Derek Trucks and Susan Tedeschi for extending the offer to jam with Dickey Betts this past Saturday night at the Beacon Theatre in NYC. Betts sat in for takes on the Allman’s “In Memory of Elizabeth Reed” and “Blue Sky” towards the end of TTB’s set, before returning in the encore for “The Sky Is Crying.”

For tickets and the cinema near you go to: http://www.fathomevents.com/#!clapton-crossroads

The cinema event will include exclusive video from this year’s legendary guitar festival including behind-the-scenes footage at Madison Square Garden.

Last night I attended the Gov’t Mule concert at the Charles Ives Center for the Arts. Thankfully the thunderstorms and precipitation never materialized and the cooled down evening soon took on mystical overtures.

This was seductively shown during Gov’t Mule’s second set when Warren Haynes and members of The Mule were joined on stage by saxophonist Bill Evans.

I first saw Bill Evans last year at the Allman Brothers\Santana concerts I caught in New Jersey and Connecticut. I recall how enchanted Carlos Santana was jamming with Bill Evans, Derek Trucks, Warren Haynes, and The Allman Brothers Band at these unique concerts.

According to my research Bill Evans has jammed regularly with The Allman Brothers since 2010 at the March Madness runs in New York City. At the age of 22 he joined Miles Davis and was part of his musical comeback in the early to mid-1980s.

Bill Evans scaled new heights for me last night when he and Gov’t Mule segued from a rapturous edition of The Band’s “The Shape I’m In” to the authoritative rendition of  “Low Spark of High Heeled Boys”. I have never been so pleasantly serenaded by one of my favorite Traffic songs, even when I heard Steve Winwood do it with The Dead in Hartford in 2003. The Bill Evans\Mule Jam took me to a special place in the stratosphere last night.

The Influence of Charles Ives

Warren Haynes and company capture the essence of the experience that is Ives with these works. Gov’t Mule is an ever expansive jam band that educates, informs, and satisfies our collective music consciousness.

I couldn’t help but reflect on the walk out of the park upon the Western Connecticut State University, Visual and Performing Arts Center building under construction as it looms near the Charles Ives Center for the Arts park entrance. I envision in 2014 Gov’t Mule and friends performing Charles Ives Experiment #3 in this state of the art performance hall.

Set 2
Scared To Live
The Shape I’m In > with Bill Evans
Low Spark Of High Heeled Boys with Bill Evans
I’ll Drown In My Own Tears with Bill Evans, Nicki Bluhm, Tim Bluhm, Steve Adams & Dave Mulligan
Broke Down On The Brazos >
Tributary Jam >
Lola Leave Your Light On

Rounder Records will release the seven CD box set, Skydog: The Duane Allman Retrospective on Tuesday March 19th. It will include rare recordings by Duane Allman’s early bands: the Escorts, Allman Joys, the 31st of February, and the Bleus. A 72 page liner notes booklet featuring extensive content is accompanied by a tribute from Allman’s daughter, Galadrielle Allman.

“I hope the celebration of Duane’s life inspires you to live fearlessly and enjoy life,” Galadrielle states. “I know that would have made him proud.”

In her recollection of her father, who died when she was a young child, Galadrielle writes, “I am very lucky that my father is Duane Allman, an artist who left behind a wealth of incredible music . . . Working on this retrospective, I have gotten closer than I ever have been to understanding my father’s development as a musician and a man.”

The best price I have seen for this seven CD set is on the Allman Brothers Band Store, Hitting the Note. The pre-order price is $99.99 a $40 savings off the list price!

Our good friend Bill Ortiz just announced his latest full-release CD, Highest Wish is available for pre-order. If you act now you can get a limited edition signed copy by Bill Ortiz for $15. Pre-orders will be shipping on or about August 15th.

There is also a digital album pre-order option for $9.99. Pre-order of Highest Wish including immediate download of 1 track in your choice of MP3 320, FLAC, or other formats. A link to the complete album will be emailed to you the moment it’s released. You can pre-order this option here.

Visit the Buy/Share Link on Bill’s Highest Wish page here. You can also get an advanced preview of Highest Wish feat. Zumbi of Zion I (Phoenix Black Remix) on that page. It’s tight, check it out.

I will be writing a review about Highest Wish for Bill on this blog soon.  My wife and I look forward to catching up with Mr. Ortiz at the Santana East Coast shows with the Allman Brothers Band coming up later this month.

Bill Ortiz is the first artist I did an extensive interview for on this music blog in 2009. It was conducted as a companion piece for his first recording, From Where I Stand. We have been collaborating ever since. 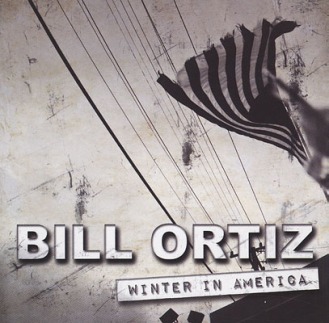 So stay tuned more to follow about Bill Ortiz and Highest Wish.

Santana and The Allman Brothers Band will be co-headlining a six date East Coast tour this summer. They have a tour stop in Connecticut at the Comcast Theatre, Hartford, Ct. on Saturday July 28, 2012. Imagine the guitar wizardry of Carlos Santana, Warren Haynes and Derek Trucks all on the same stage on one night. We’ll all be shape shifting for sure.

I have to hand it to Warren Haynes. He is one of the hardest working musicians in show business these days. Examine his schedule and the bands he plays with in a given year.

He is one of the twin guitar leads in The Allman Brothers Band, which has a healthy touring schedule each year that includes a month at the Beacon Theater in New York City.

He also has the Warren Haynes Band that has been touring in support of The Man in Motion album.

Warren Haynes then switches back into Gov’t. Mule mode for 2012. Gov’t. Mule has announced various 2012 tour dates, most notably playing their annual Mountain Jam event in Hunter, NY and their annual New Years event at the Beacon Theater in NYC. Gov’t. Mule is co-headlining dates with moe in our market in Hartford

He has been touring this year with the Warren Haynes Band. Its fitting that they record on Stax Volt records because they are reviving the classic 60’s soul sound complete with horns, backup vocalists and a Hammond B3 organ.

Stax Volt Records released yesterday, the Warren Hayes Band, Live At The Moody Theater on 2 CDs and 1 DVD. Its an awesome package