As a music journalist I love to attend frank, open music dialogues. We decided to take in the International Festival of Arts & Ideas music talk, “Music of the People: Artists Talk About Music Inspiring Change” this evening at the Yale Center for British Art.

It proved to be a very valuable discussion. I learned a great deal in 90 minutes and walked away with many more music resources than when I arrived. The event was moderated admirably by noted cultural critic, Siddhartha Mitter. Not only was he poised and polished but he effectively managed time, task and gave each participant equal air time to unfold their thoughts and impart their knowledge to us.

The participants were Sunny Jain, MC for Red Baraat, a Brooklyn, NY, Indian bhangra and funky New Orleans brass ensemble. He was warm, genuinely enthusiastic about the music he and his colleagues create. He stated that Red Baraat evidences a blended ideology when it comes to inspiring change.

The next artist was Jessica Schmitz, Co-Director of the group, Asphalt Orchestra. Jessica positioned Asphalt Orchestra as a group that busts barriers by challenging new listeners and passerby’s with spontaneous, guerrilla performances. This is how they inspire change through direct interaction and expanding a listeners music horizions.

The most humble yet most charismatic performer was Noori, represented by songwriter, lead vocalist and guitarist, Ali Noor. They are from Pakistan and have achieved major artist recognition status in their country. Noori was formed to create music written to bring about change. Noori best fit the ideal profile of consummate activist and musicians affecting change. The very nature of their intellectual fabric has positioned them at the forefront to bring about social reform and change, which came across with a powerful immediacy.

The last panelist was Sujatha Fernandes, an academic and music author (I added her latest book, Close to the Edge: In Search of Global Hip-Hop to my must own and read list.) Sujatha was very in concert with the topic as she is an associate professor of sociology. She has written about black popular culture, global hip hop, and social movements in both academic journals and popular forums, including The New York Times, The Nation, The Huffington Post, and Colorlines.

Sujatha brought us two great music resources that we listened to and grooved with ;). One was Keurgui Crew, a Senegal Rap artist. We  heard their selection “Coup de Guele”. We also got to hear Magia MC, from Cuba, perform “La Llaman Puta”, a song about prostitution (an issue that doesn’t exist, according to the government).

Imagine my joy to learn that I have a premier music performance space right around the corner from my house. Its called Studio 8 and its at 215 Pepe’s Farm Road in Milford, Ct. A friend of mine from my Digital Equipment Corporation days (1983-1992) Kat Sarracco and her brother, Frank own and manage this private party lounge. They have a music production and Web design company, Neko Productions.

This afternoon my wife and I get to witness the The Jeff Lorber Fusion at Studio 8. Cool.

It’s been 33 years since we last saw Jeff Lorber Fusion play live. We caught them at the early show in 1979 at The Bitter End in the Village. The album they were featuring in those days was Water Sign (their 3rd album). I had discovered them first on their second album, Soft Space in 1978. I later purchased Wizard Album, their next recording in 1980 and then lost touch with them. It will be nice to get reacquainted with Jeff Lorber Fusion and Kat Sarraco later today. 🙂 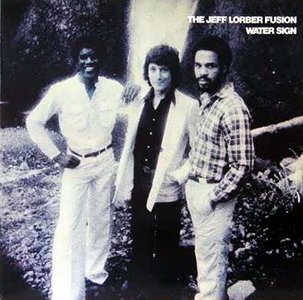 What a beautiful American tradition to keep alive in the music of our hearts. This song (and more) will have us dancing on the New Haven Green tonight. 🙂

Thank you International Festival of Arts and Ideas for bringing us The Carolina Chocolate Drops and Caravan of Thieves tonight. 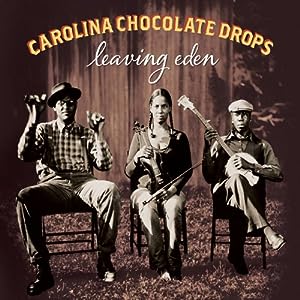 The International Festival of Arts & Ideas will present on Saturday June 23rd at 7 p.m. on the New Haven Green, the Carolina Chocolate Drops along with the Caravan of Thieves. I have been curious to hear and witness Carolina Chocolate Drops ever since Nonesuch Records began publicizing them. It looks like a great lineup. Hope the weather holds out and we can get there 😉

The Who: Quadrophenia – Can You See The Real Me? The Story Behind The Album will premiere at select cinemas on July 24. It just so happens one of those cinemas is right around the corner from me for a change. Hoping to attend the screening 😉

I am psyched to share with you the première Web video about The Capitol Theatre in Portchester, NY. The rock venue that Howard Stein promoted in the 1970s will be making a triumphant return to the concert scene in September, 2012.

We have wonderful memories of this concert venue from 42 years ago. We so want to attend opening night and experience The Capitol Theatre again!

Here are those links: