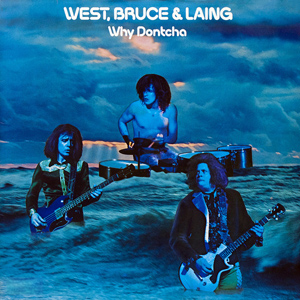 Ballad  of the Skeletons

Talk about your collaborations, this one was special.

The single The Ballad of the Skeletons, was Allen Ginsberg’s last recorded release, it is his musical masterpiece and deserves to be considered one of the most passionate, powerful, and articulate performances in the history of rock.

Allen Ginsberg Raps on this recording. Refer to the Allen Ginsberg and Paul McCartney performance video below to get a fuller sense of the mutual respect and dignity each man shared for the other.

‘A Ballad of American Skeletons’ was performed by Allen Ginsberg and Sir Paul McCartney for an evening of poetry and performance at The Royal Albert Hall promoted by Goldmark entitled ‘The Return of the Reforgotten’ in 1995.

Cream ruled the progressive rock FM airwaves from 1967 through 1969. Their albums were prized by psychedelic and blues rock fans alike. This supergroup formed the first rock power trio and played extensive “live” jams. One Cream track I played often on my hi-fi system was  “White Room“. The song originally appeared on the US release of their double album Wheels of Fire in July 1968 and then was released as a single in September 1968. Wheels of Fire was the first platinum-selling double album. Jack Bruce wrote the song along with poet Pete Brown.

I especially love Eric Clapton’s wah-wah pedal on this track along with the kick of  Ginger Baker slamming those skins in animated fashion while seated behind the drum kit.

Cool stuff from Atoms for Peace.  Album is due to drop on February 25, 2013. Find the Easter Egg on their Website.

Crosby, Stills and Nash are incorporating multimedia more by filming their live concerts. Last month they released, CSN 2012 on DVD/CD and Blu-Ray/CD. I’m thinking the positive results Crosby-Nash achieved with their Crosby-Nash: In Concert (which we saw filmed) prompted CSN to release more concert video packaging.

I have seen various permeation’s of the band, hybrid and solo over the years,  Crosby, Stills and Nash, Crosby-Nash, Stephen Stills, Crosby, Stills, Nash & Young, and Neil Young (with Crazy Horse). Each was an exciting and warm experience. I just love how soothing their harmonies are.

I float back in time to 1969 when the folk rock supergroup first appeared. Their classic first album has never been bettered

I’m thankful for a recorded concert of Crosby, Stills and Nash from their 2012 tour. When I want to hear and see them live again they are as close as my video entertainment system. 🙂

There is something reassuring about taking a favorite book down from the shelf and getting reacquainted with the pages between the covers.

How well this adage held true when we saw Stephen Stills live at the Wolf Den last night.

I was surprised to learn from a friend of mine that Stephen Stills was playing for free only an hour away from our home. As I told my friend Dave, “You outslutted the concert slut ; with this event”

I had my doubts we would get into the Wolf Den to see an artist of the stature and reputation of Stephen Stills. I felt this because you have to get online early for their shows. It’s a first come, first get basis venue. I expected a long line in place by the time we got to the Wolf Den at 12:45 p.m. (6 hours before they allow an audience in…). Surprisinly there were only 10 people on-line, which we knew could mushroom to 40 as people place hold in line there (a maximum of 4 people as a party per person…) They handed out cards with numbers on them last night as there were lots of dignitaries, “A” listers and high rollers in attendance. This made less “free” seats available. Stephen Stills is the first artist I have ever waited 8 hours to see without a ticket in hopes of getting in…(He did not appear onstage until 8:45 p.m.)

Thankfully we got inside and were given a table about 20 feet from the stage. I have seen Stephen Stills twice before, once in the rafters of Mohegan Sun Casino Arena for the CSNY Freedom of Speech tour (2006) and then with CSN at the Meadowlands in 2010 from the lawn.

Stephen Stills and his band were top-notch. I find Steven Stills to be one of my favorite guitarists to watch. His guitar playing amazed me all night long. He kept his guitar tech busy let me tell you. Stephen Stills played both an acoustic and electric set. My iPhone lost power last night so I was unable to document a set list.

Some of the songs I recall from last night were a wonderful rendition of “Johnny’s Garden” from the first Manassas album. I was entranced with an intriguing interlude of The Beatles, “Within You, Without You“, that fused effortlessly with the Crosby, Stills and Nash classic, “Suite Judy Blue Eyes“. He also played “4+20” from Deja Vue and “Helplessly Hoping” during the acoustic set.

I loved the rendition of “Bluebird” he opened the show with as it rocked so tight. It was really cool to see him on electric piano which is rare.

He ended the evening with a rousing version of “Woodstock” . The encore consisted of “Love the One You’re With” from the Stephen Stills album and then he finished with the Buffalo Springfield gem, “For What It’s Worth”. 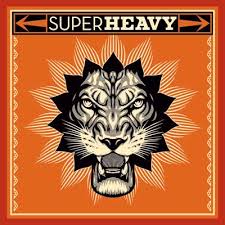 I was leafing through the September 29th issue of Rolling Stone Magazine yesterday when I happened upon the article, “Meet SuperHeavy, Mick Jagger’s Wild New Crew” by Neil Strauss. I was invigorated by what I discovered about Dave Stewart’s vision realized.

I gave the CD SuperHeavy an extended listen on Spotify this morning. I love what I heard and felt. The melting pot of rhythms, ideas, cultures, and raw energy works cohesively. The 18 months these artists have spent working on this recording is a testament to their belief in each other and the music they are turning out.

Give SuperHeavy a view and listen to the entire recording on Spotify. You’ll be grooving in your chair and elsewhere. What is the first thought or image that comes to mind when you hear the name, Roger McGuinn?