The Greatest Showman Original Soundtrack was the number one album on the Billboard charts for three straight weeks. The film’s anthem song, “This Is Me” won the Golden Globe award for Best Original Song-Motion Picture.  The song was nominated this week for an Academy Award in the Music (Original Score) category.

I saw the movie last week. It was magnificent. Hugh Jackman took on a whole new dimension from actor to “showman”, singer and dancer. His portrayal of P.T. Barnum was breathtaking. You must see this film. Like an audience member said at the end, “That was beautiful.” We laughed in total agreement.

I live very close to the Barnum Museum in Bridgeport, Connecticut. It is the only museum dedicated to the life P.T. Barnum. It contains a 1,000-square-foot (93 m2) miniature replica of his circus handcrafted by William Brinley and including 3000 miniature figures.

The museum was severely damaged by a tornado eight years ago. As a result of this tragedy, the Barnum Museum is looking towards the future with an emboldened plan. Rebuilding will include protection from future catastrophes and the opportunity to rearchitect the Barnum museum as a more “immersive” experience. I am excited about the Barnum Museum evolution. Use the Web link in the previous paragraph to witness what I am so jazzed about here.

The Greatest Showman movie crew visited the Barnum Museum last year and I read about what a positive experience this was for both the museum staff and the crew. They received a special screening and a strong bond was formed. I believe the museum is benefitting from the success of the movie as it should. My perception is that more people visit the museum Web site and that in-person museum visits have increased.

I believe and support the museum’s future. I made a donation and perhaps some of my readers will be inclined to do the same. After all don’t we all love to be entertained by the greatest showman on earth? 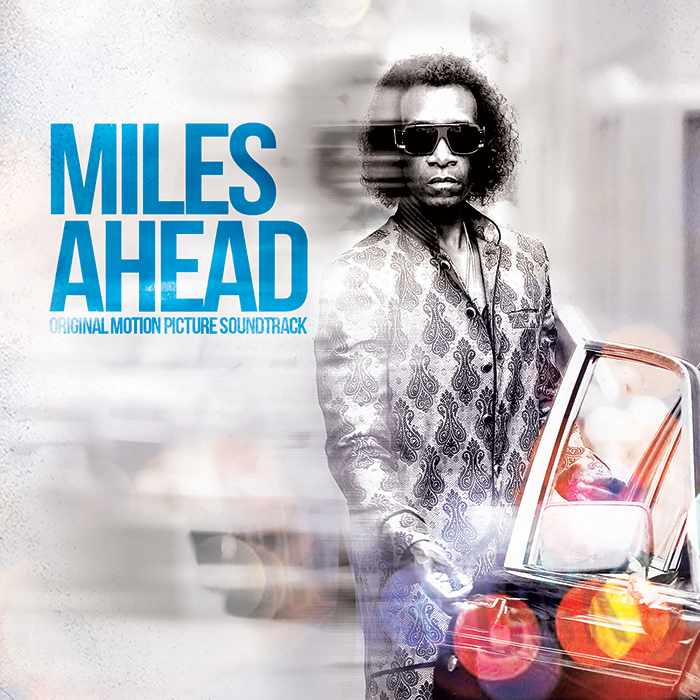 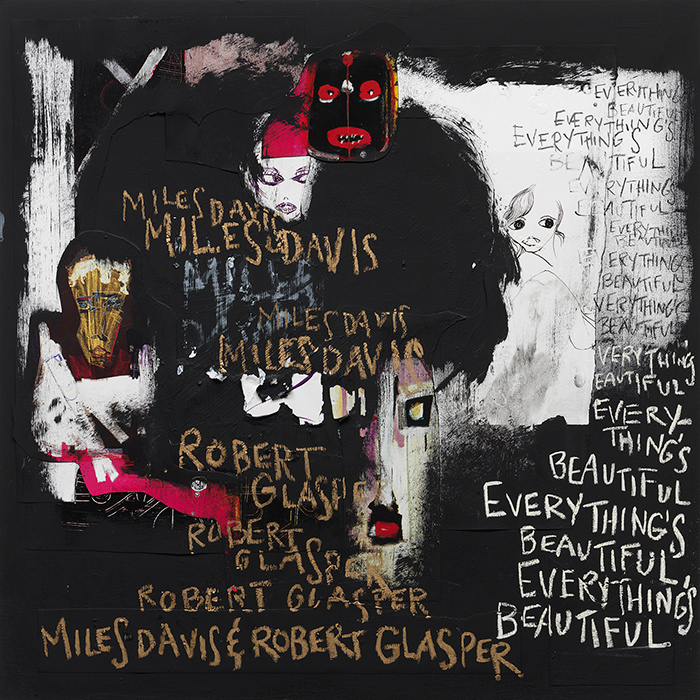 Antonio Sanchez drummer and composer has evolved superbly from sideman to leader. I am proud of his achievement and recognition. I have been a fan of Antonio Sanchez percussive style ever since I saw him drum live with The Pat Metheny Group on the Speaking of Now tour in 2002. He left a lasting impression on me the two times I have seen him perform with Pat Metheny.

I witnessed the movie Birdman last night. I was swept along again by Antonio Sanchez’s drum compositions. His sharp accent helped to transfix my attention to Michael Keaton’s dilemma.

Perhaps that was Director Alejandro G. Iñárritu’s intent. In any case it totally worked. I hope you get to experience the film and its incredible soundtrack. Be prepared for an exhilarating flight.

Go see this film. If you saw the first film, just wait til you see the sequel. It was wonderful as was the music. See it in a Dolby Sound Theater near you! We saw it this afternoon. It was enchanting and moving!

We enjoy practicing our faith. We love to listen to as well as see Patti Smith “live” in concert. So it is a double thrill that the biblical motion picture Noah which includes a new lullaby from Patti Smith will soon be here. The gentle song, “Mercy Is”, was written and sung by Patti Smith as she collaborates with the Kronos Quartet and Clint Mansell the composer of the film’s soundtrack.

Here is the world première of “Mercy Is” from Mary Anne Hobbs’s BBC Radio Show.

I’ve been friends with Patti for a long time, and I needed a lullaby for the movie because it’s a big part of the story. I was telling Patti about my struggles, and it turns out she’s studied lullabies and writes a lot of them. She was like, “Can I please write it for you?” And I said, “You’re asking me that question?” [Laughs] I said “absolutely” with as much of a poker face as possible. She wrote this incredible lullaby that Russell Crowe sings to Emma Watson in the movie. It’s really touching and beautiful.

We ventured inside the music outpost I had anticipated shopping in for a week now. It is a work in progress as construction crews were hard at work as we walked about. Rough Trade NYC had a well stocked Record Store Day section as I had expected. I quickly found the vinyl LPs and EPs I sought from the Record Store Day checklist. Granted they were a little more expensive than other record stores in the area, but they are facing significant start-up costs and I didn’t mind paying extra to support their brand.

The Rough Trade NYC store register system is dependent upon an Internet connection. We were informed the Internet was unavailable? The only option for payment this morning proved to be good old hard cash.

We walked about Green Point in among the Row Houses. The Permanent Records shop was quaint and homey. The staff played an Arista sampler that featured Ian Drury, Elvis Costello and Patti Smith. I purchased a couple of EPs. My son picked up the two Fall Out Boy Record Store Day items. 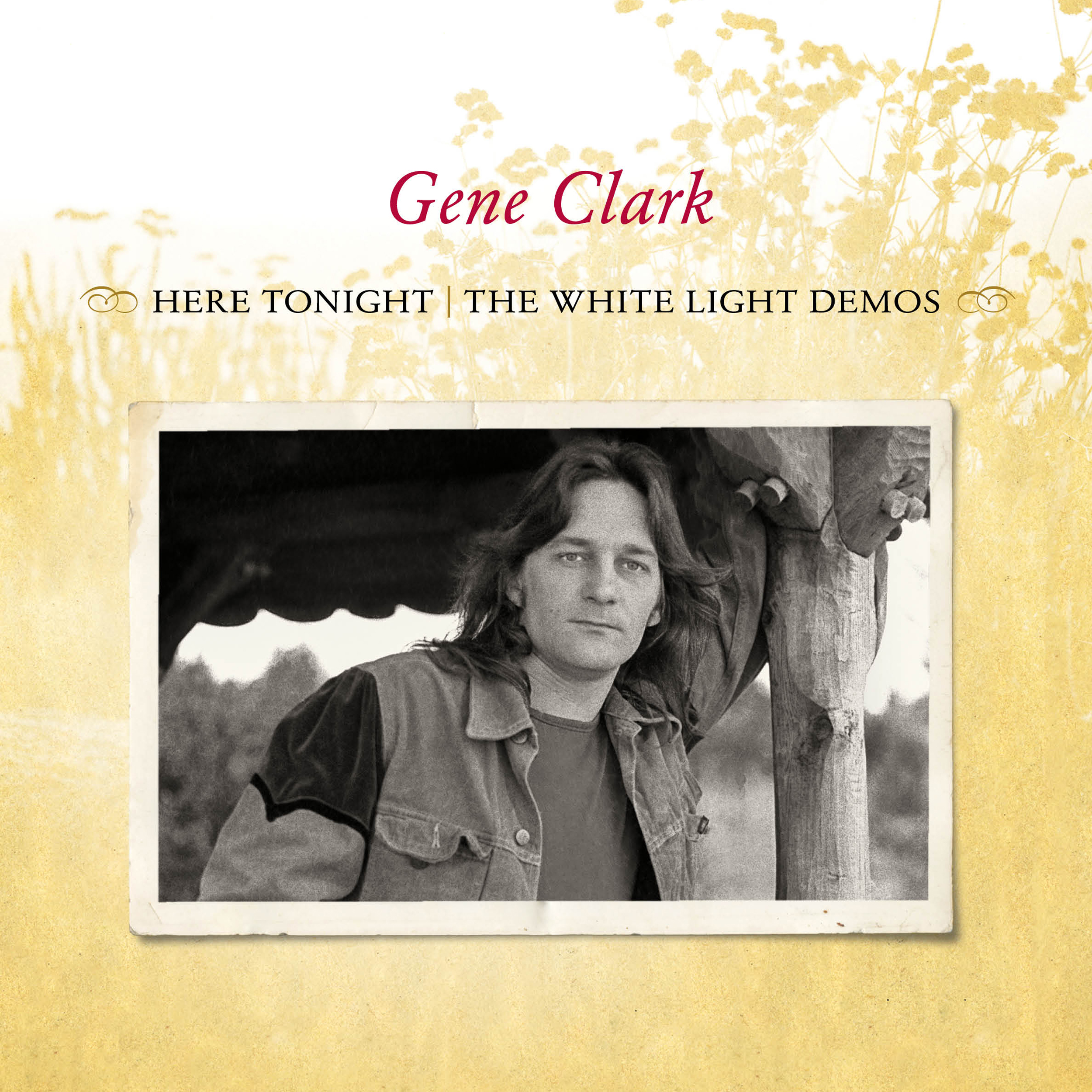 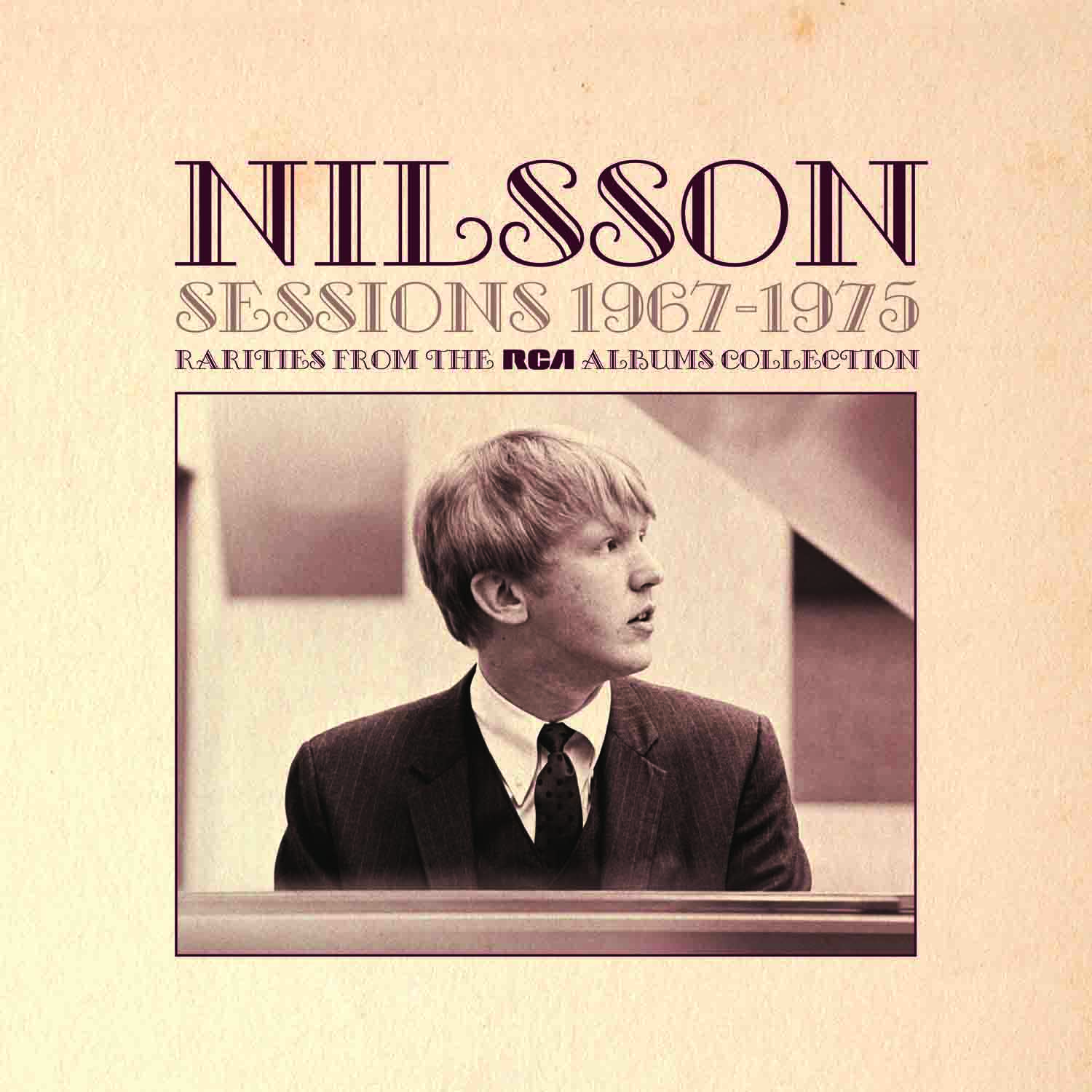 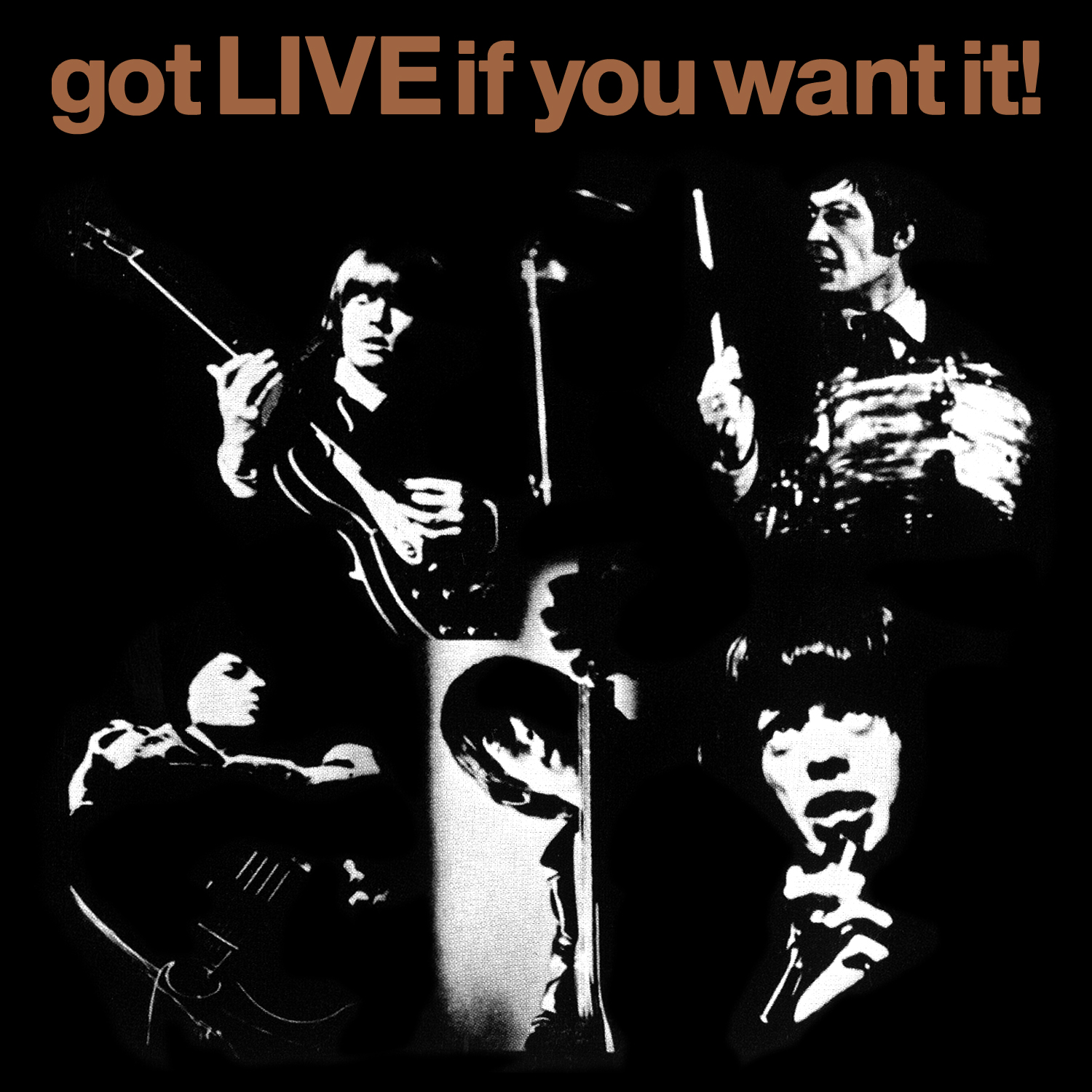 Van Dyke Parks Come To The Sunshine / Farther Along 7″ 45 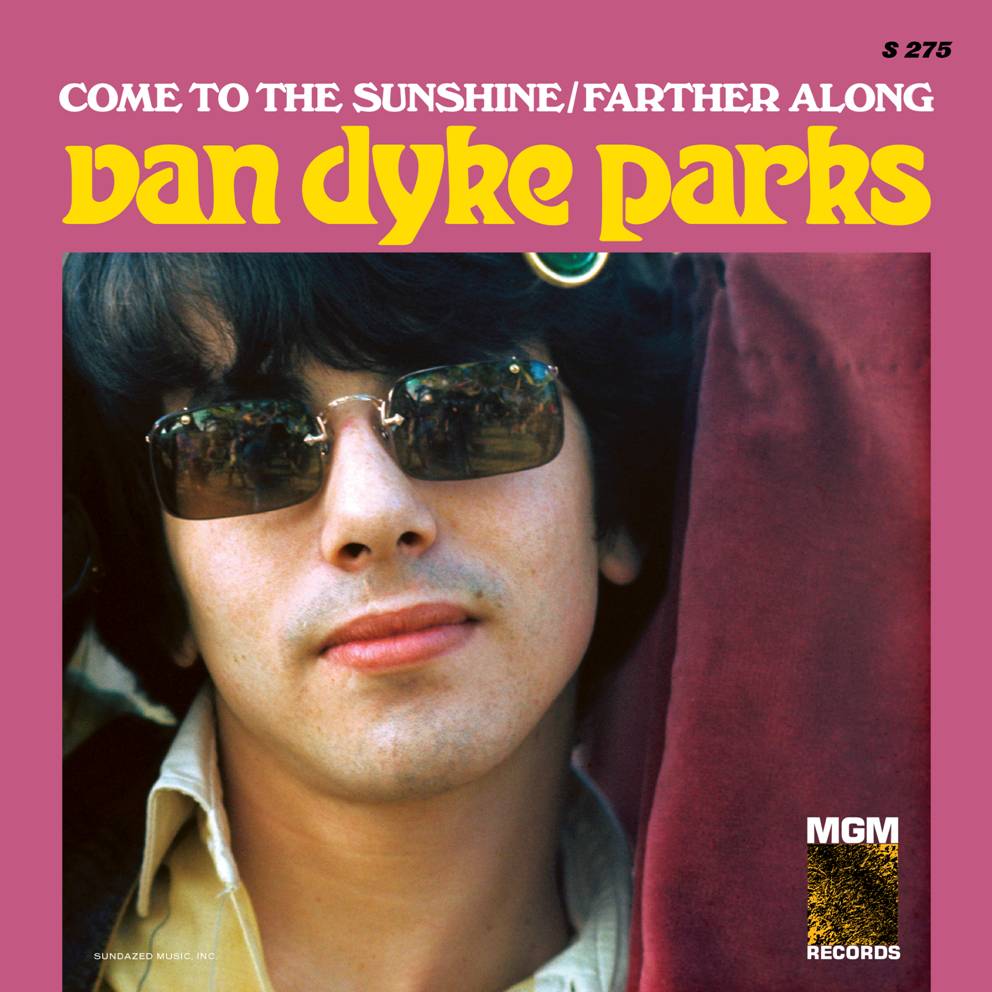 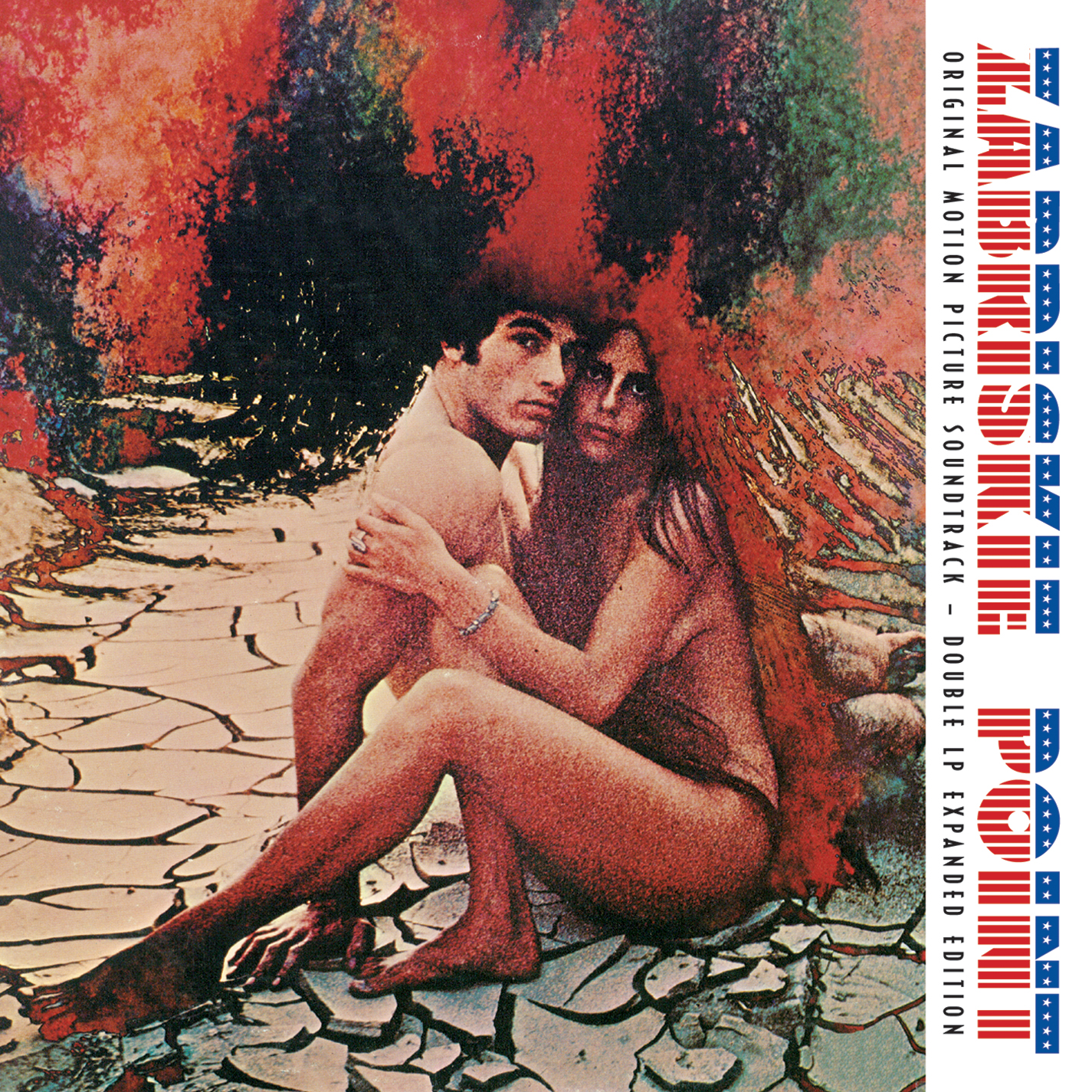 The Inside Llewyn Davis soundtrack is available on vinyl at indie record stores at the “throwback 60’s” price of $5.98, today only, one week ahead of the CD and digital versions’ official November 11th street date.

If you can’t get to an indie store it is available online, today only at the Nonesuch Store.  Nonesuch Store orders include an exclusive 11″ x 7″ poster from the film and an instant download of “Fare Thee Well (Dink’s Song)” performed by Oscar Isaac, who plays Llewyn Davis in the film, and Marcus Mumford.

“Inside Llewyn Davis” Soundtrack IS Streaming in Full As NPR First Listen until November 11th.

We saw the documentary Muscle Shoals yesterday afternoon. All I can say is if you love music and want to know why it sounds so good, go see this movie. The film captures the beauty of Alabama along the Tennessee River and the engineered audio excellence of so many time proven recorded classics.

The Muscle Shoals Soundtrack captures the film’s music essence. I would have loved to have seen “Wild Horses” by the Rolling Stones and “Main Street” by Bob Seger on the soundtrack but oh well that’s show business 😉

It’s a mind blower to know that “Sitting in Limbo” was NOT recorded in Jamaica! How I love that song. The versatility of The Swampers is amazing.

1. Arthur Alexander “You Better Move On”

3. Percy Sledge “When A Man Loves A Woman”

4. Aretha Franklin “I Never Loved A Man (The Way That I Love You)”

9. The Staple Singers “I’ll Take You There”

11. Traffic “(Sometimes I Feel So) Uninspired”

Albeit I am familiar with music and its many genres. When the subject progresses one level down to subgenres I learn how much I have not heard or experienced yet. This excites my senses to discover new realms.

Post-rock, according to a definition in wikipedia is characterized by the influence and use of instruments commonly associated with rock, but using rhythms and “guitars as facilitators of timbre and textures” not traditionally found in rock. Post-rock bands are often without vocals.[2][3][4]

I know truly little about the 100’s of post-rock bands listed here. I accept that challenge readily as an explorative listener.

The post-rock band that has garnered my attention this evening is Explosions In The Sky. I stumbled upon them in a non-related Google search that simply stated they will be scoring the soundtrack for Al Pacino’s  new film, Manglehorn (Director: David Gordon Green).

The first collaboration was Prince Avalanche which releases next week on August 9th on screens, iTunes and on-demand. It looks like a funny, enjoyable independent film. It was filmed in secretive fashion  by Green away from the Hollywood machine. The soundtrack drops 3 days earlier on August 6th.