Where would we be without “The Luthier” who crafts the guitar from wood for the music of our heart and beyond. Thank you Alex Bishop Guitars and the Contra Agency for a poetry in motion documentary experience. Jackie Greene is a busy and fruitful musician. He recently made a stop to film and record in historic Hillsborough, NC for the Yep Roc Sawyer Sessions. The live songs were shot at Tune Your Sound USA, the home of a massive collection boasting over 1,500 guitars.

He performed “Light Up Your Window” and “Silver Lining” which are due to be released by Yep Roc Records as a 7″ EP for Record Store Day on April 18th, 2015. 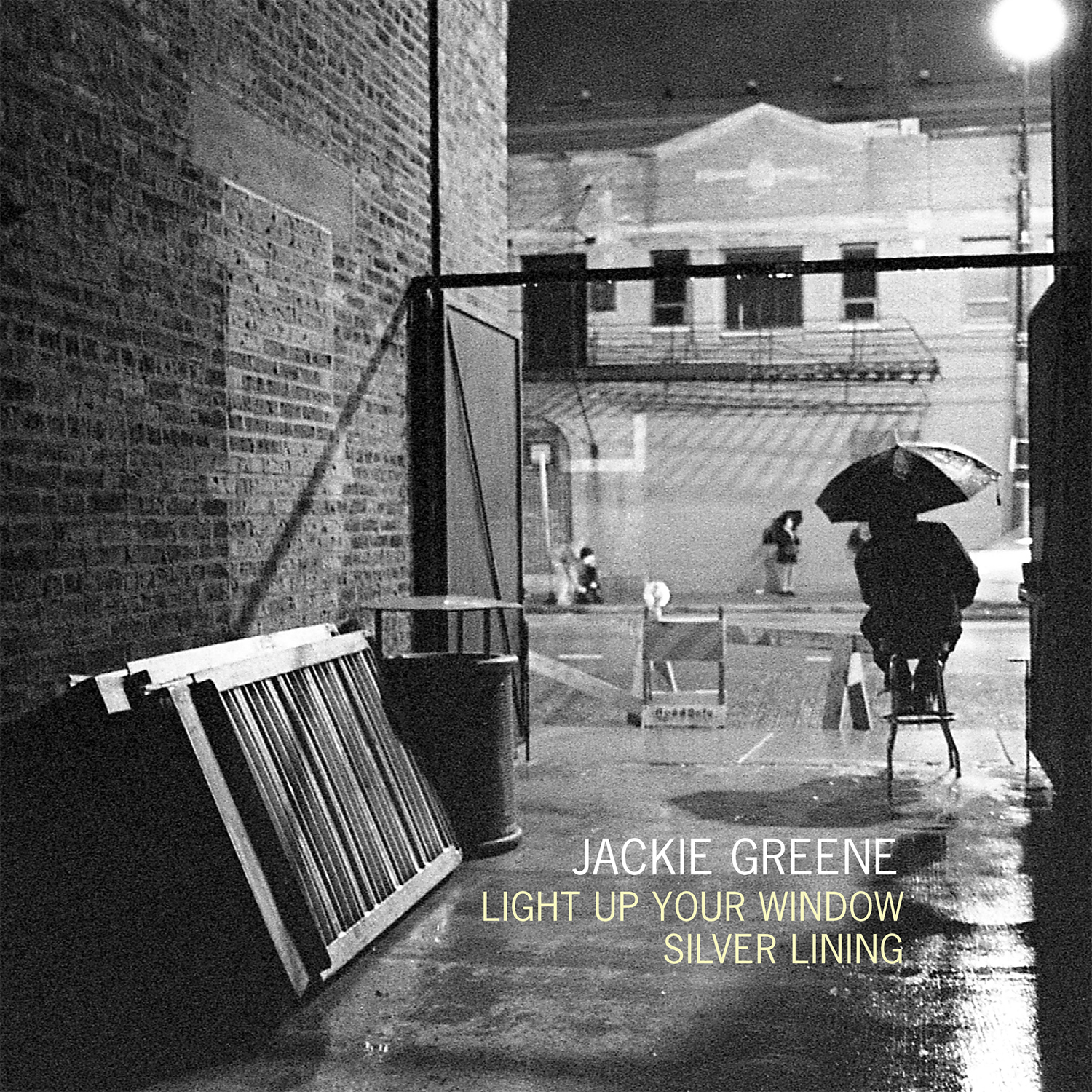 Jackie Greene’s full album, Back To Birth is scheduled to drop on August 25th on Yep Roc Records.

I was pushing the grocery cart down the magazine aisle at Stop & Shop when a music magazine cover rang out to me.

I didn’t hesitate to reach for the magazine when I saw the cover of Guitar Aficionado. The Deadhead in me gingerly placed the magazine in my shopping cart. I said to myself as I headed to the checkout, “I have my idea for a music blog post this weekend.” 🙂

Jerry Garcia‘s Rosebud guitar is pictured inside the magazine. An American beauty of a guitar that Don Irwin, guitar luthier custom-built for him. Jerry Garcia considered Rosebud Don Irwin’s masterpiece. One look will tell you why.

(The photos below and above are from Guitar Aficionado, Copyright 2014. If you love guitars I urge you to pick up a copy of the May/June 2014 issue or any of their other fantastic back issues here. They do guitars total justice)

A musician/composer friend of mine Charles Xavier posted this image and saying today on Facebook.

Real knowledge is to know the extent of one’s ignorance. – Confucius

When you look at this image what do you see? A moonlit reflection in the water of trees, birds, marsh and a skyline? Or do you possibly see a guitar on its side? 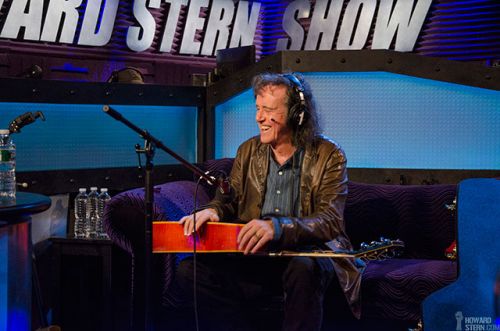 Steven Wilson makes another innovative contribution to digital music production by introducing his own software instrument, Ghostwriter. Co-produced by Steven Wilson and Doug Rogers from the world’s leading software instrument company EastWest. This music software solution is designed for music, film, games, and TV composers. Ghostwriter can be ordered directly from East/West SoundsOnline. It is packaged on a Western Digital USB3 (with USB2 compatibility) hard drive (Available at no extra charge!! ($70 value) until 1/31/14).

According to Steven Wilson:  For the first time ever this makes some of my signature sounds available to other musicians, as well as replications of recognizable classic sounds originally created by other producers and engineers. These sounds can be used as part of the fabric of complex music productions, or as the basis for cinematic soundtrack-based music, providing a ready-made selection of sonic building blocks.

Mainly I’ve tried to create sounds that you won’t find in any other software instrument or sample library, but in addition more straightforward raw drum, bass and guitar sounds are included, which can be manipulated via the powerful Ghostwriter instrument interface (which includes an amp simulator, SSL EQ, 2 compressors, echoplex tape delay, a powerful reverb, filter and envelope stages) to create your own unique sounds.

Jackson Browne is a remarkable singer/songwriter. I innately identify with Jackson Browne’s expression of male pathos.

I discovered him in 1972 when Asylum Records released his first solo album,  Jackson Browne (Saturate Before Using). I own one of the the initial pressings of the vinyl LP with a textured cover that had a burlap-like feel to further the water bag theme.

I ended up acquiring a slew of Jackson Browne’s subsequent recordings. They have provided many hours of solace in the music of our heart.

I am heartened to discover that Jackson Browne will be honored with his first ever tribute album, “Looking Into You: A Tribute to Jackson Browne”. It is fitting that Kelcy Warren’s Music Road Records of Austin, Texas brings this star-filled two disc recording to market. Austin is the Music Capital of the World. Jackson Browne’s canon serves as bedrock foundation for Austin’s version of the American Songbook. The tribute album has a strong representation of Austin residents (past and present), Lyle Lovett, Lucinda Williams, Shawn Colvin, Bob Schneider, Kevin Welch, Eliza Gilkyson and Jimmy LaFave.

Couple the Austin crowd with such luminary fans/friends as Don Henley, Bruce Springsteen and Pattie Scialfa, Bonnie Raitt with David Lindley and Ben Harper you have a standout recording.

The cover photograph features the piano where Jackson Browne learned to play as a child.

Look for this recording becoming available on April 1, 2014.

Prolific, profound, pursuant, are just some of the inherent attributes of Bill Laswell. The music of our heart is openly receptive to the experimental spirit of this modernist vanguard. Bill Laswell is a bassist, producer and record label owner. He has touched 3,000+ recordings in his career. His extensive discography is well documented on Silent-Watcher.Net. The Bill Laswell Web site is managed by Dave Brunelle who manages the Bill Laswell Open Group on Facebook.

So the question becomes where do you wade into the water of Laswell (and others) musical output and start swimming. Do you start with Sacred Dub?, do you jump ahead to the 4 columns of the Method of Defiance?, do you assimilate the intelligent remixes of Miles Davis (Panthalassa: The Music Of Miles Davis 1969-1974) and Carlos Santana (Divine Light: Reconstructions & Mix Translation) just to name a few places to paddle out to…

The dimensionality of his sonic output defies categorization. Direct immersion in his recordings is the advised approach to assimilate what is carried forth in the mix. We as a global society have been rapidly evolving through the vortex of disruption, blow it up and build it anew. Read the mission statements of Bill Laswell’s latest nucleus, Method of Defiance. 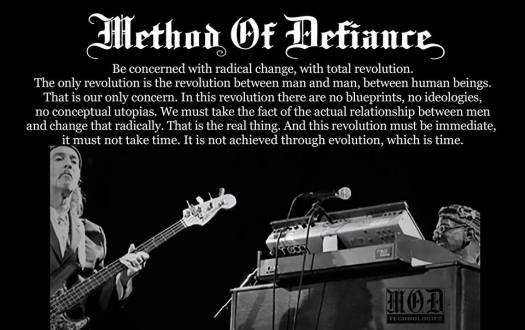 M.O.D. TECHNOLOGIES, created by the principal members of Method Of Defiance, is a modern evolution of the original AXIOM label. Designated for the purpose of destroying musical genres,trends, approved or unapproved formats, false ideas and other unnecessary borders.

I noticed that Bill Laswell will have a residency at The Stone, John Zorn’s performance space in the East Village in April. I’d love to hear live what will become the next recording endeavors.

This leads into John Zorn, Dave Lombardo and Bill Laswell performing live as Bladerunner on May 4th, 2014 at Le Poisson Rouge. So yet another live music choice to make 🙂

The number one guitarist that I have seen live, 20 times now in 44 years is Carlos Santana. What I love the most about Carlos Santana live is his tone, how he touches the music of our heart. I thought it might be valuable to share with my readers some technical insight about the amplifiers Carlos Santana plays through to produce that “Universal Tone”. It’s the vibrato that keeps me coming back to his live shows again and again.

Carlos Santana signature sound is made possible by the Mesa Boogie, King Snake.

This tribute model is an exact replica of the amp Carlos Santana toured with in 1972/73 as he introduced the world to this new sound, right down to the unique chassis size and the aged Snake-embossed Lambskin covering. It is a limited edition signature model.

You can read more about Carlos Santana & Randall Smith and the “Magic Boogie” that changed guitar tone forever in the January 2014 Guitar Player Magazine. Its available on newsstands and Guitar Center stores 🙂