The Lowrider Band consists of four of the five surviving original core group members of the multi-platinum selling band War: Howard E. Scott, B.B. Dickerson, Lee Oskar, and Harold Brown. They sound phenomenal together as they are the real deal.

Let’s hope we see them perform on the East Coast this year.

360 is a complete return to the soul/funk roots of Hamish Stuart, Molly Duncan and Steve Ferrone: iconic members of The Average White Band.

The new record is a phenomenal homage to the band members’ origins. Between them, they have created and played on numerous stand-out projects, and have amassed a following as some of the greatest soul and funk musicians of all time.

Recorded live in the studio, the chemistry between the players is undeniable when listening to the tracks. If you’re an AWB fan, or a fan of the genre, this is not to be missed.

Due to be released in limited edition copies signed by the band, on 180g 12″ Vinyl and CD in September, the album is available from 3Ms Music to pre-order now. I ordered my copy 😉

Not sure where this feeling is coming from this morning but going with it. Digging on War and that incredible street sound of theirs.

Always loved the cover art of War’s The World Is A Ghetto album.

A major event during the Red Bull Music Academy Festival New York, May 1-31, 2015 is A Conversation With George Clinton.  This event, being held at the Brooklyn Museum on May 12th, 2015. It requires a paid ticket to attend. This event is 18 and over.

Music as we know it would look a lot different (and less colorful) without the contributions of George Clinton. From his early musical beginnings in doo wop and as a songwriter at Motown, the hugely prolific Clinton went on to form the bands Parliament and Funkadelic, two of the most important groups of the 1970s. With Clinton at the helm of their Mothership, they uprooted funk from its earthly origins, sending it into outer space. Having made P-Funk a household name, Clinton went on to build an impressive solo discography, all the while inspiring a legion of West Coast rap artists and holding the reins of a sensational band called the P-Funk All Stars. As part of the Red Bull Music Academy Festival New York, George Clinton will sit down on the lecture couch for a rare, intimate chat about his momentous life and career.

I wonder if George Clinton will be selling and signing copies of his book that evening?

I rented this movie yesterday at the Red Box. Got the Blu-Ray edition. They cripple the rental copies these days so you rarely get the DVD extras which are quite substantive on Get On Up.

I loved this biopic. Chadwick Boseman is a fine actor. His characterizations as Jackie Robinson in 42 and James Brown in Get On Up have been breathtaking. I also liked him in Draft Day with Kevin Costner.

I was amazed at his transformation into James Brown. He has him down pat. My favorite eras of James Brown are well represented in the combination of history and the interactions he has with Bobby Byrd, Maceo Parker, the audience at The Apollo (probably the best live recording of all time) and Dan Ackroyd as his manager.

You learn how integral James Brown was in forming the Funk for Soul and R&B.  Watch this movie when you can. You will not sit still trust me.

There are songs from my past that bubble up warmly in the music of our heart. “Tighten Up” by Archie Bell & The Drells from Houston, Texas is a song written to showcase their new dance moves. I recall buying their 45 r.p.m. single at the 5&10 record department in the summer of 1968. I played it endlessly on the hi-fi system in my room. I loved Archie Bell’s soulful voice set against that funky guitar lick that eggs you on. This hit sounds as fresh today as it did 46 years ago 🙂

Forty years on the excitement continues with Earth, Wind & Fire. This week saw the release of their latest studio recording, Now, Then & Forever. (September 10th) Earth, Wind & Fire have a proud history with CBS Sony and Legacy Recordings. I have hung tough with Earth, Wind & Fire the past decade as they attempted to strike flint and make fire with two previous studio recordings on the Sanctuary Records label, The Promise  (2003) and Illumination (2005). I liked both recordings for the collaborative inventiveness exhibited.

Now, Then & Forever on Sony Legacy is the 21st studio album from this prolific group. This is the first album produced without musical input from founder Maurice White.

Earth, Wind & Fire used a sales formula that a couple of their musical peers (The Beach Boys, Rod Stewart) have been effective masterminding. They staged a product launch and musical concert with The Home Shopping Network and HSN Live The HSN marketing machine has tremendous reach with cable shoppers and InterWeb fans. The live television event helped Earth, Wind & Fire sell 10,000 albums in 90 minutes.

Welcome Back Earth, Wind & Fire your perseverance is awe-inspiring.

Earth, Wind & Fire are energetically back with a new album, Now, Then & Forever  It marks the return of the band’s signature sound. The album drops on September 10th and includes 10 brand new, vibrant songs. You can preview the newest single, “My Promise,” exclusively at EarthWindandFire.com!

On August 27th, Epic/Legacy, a division of Sony Music will release the Sly & The Family Stone 4CD box set, Higher.

Housed in a colorful slipcase with a lavishly-illustrated 104-page book, the box set will feature 77 tracks, 17 of them previously unreleased.

Three major elements are central to the 104-page book. There is the authoritative liner notes essay written by Jeff Kaliss, author of I Want To Take You Higher: The Life And Times Of Sly & The Family Stone, the group’s only authorized biography. The booklet also contains a comprehensive, lavishly-illustrated timeline compiled by Dutch authorities Edwin & Arno Konings. Nearly 100 entries span from March 15, 1943 (“Sylvester Stewart is born in Denton, Texas. Six months later, the family moves to Vallejo, California”) to a final update in late-2012. The Koningses have also contributed track-by-track annotations for all 77 cuts in Higher! The notes contain excerpts from Thank You, the Koningses’ own forthcoming biography of Sly & The Family Stone. (Go to www.slystonebook.com).

I was listening to the music player on the Elmore Magazine Website. Normally most music player play lists don’t do much for me. I find many music players very “cheesy” representations of the artist’s music. The playlists are typically “weak” and “”thrown together” in haphazard fashion. However, this funk track has dramatically shifted my reservation towards the positive. 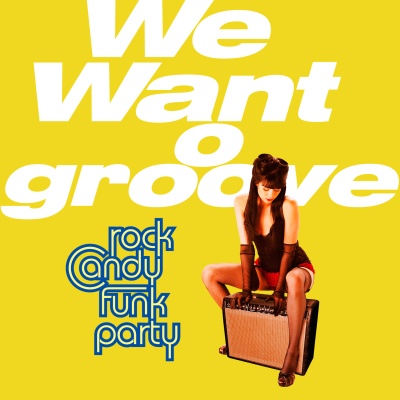