From the National Book Award-winning author of Just Kids and M Train, a profound, beautifully realized memoir in which dreams and reality are vividly woven into a tapestry of one trans-formative year. This book is due to be released on September 24th, 2019.

Following a run of New Year’s concerts at San Francisco’s legendary Fillmore, Patti Smith finds herself tramping the coast of Santa Cruz, about to embark on a year of solitary wandering. Unfettered by logic or time, she draws us into her private wonderland with no design, yet heeding signs–including a talking sign that looms above her, prodding and sparring like the Cheshire Cat. In February, a surreal lunar year begins, bringing with it unexpected turns, heightened mischief, and inescapable sorrow. In a stranger’s words, “Anything is possible: after all, it’s the Year of the Monkey.” For Smith–inveterately curious, always exploring, tracking thoughts, writing–the year evolves as one of reckoning with the changes in life’s gyre: with loss, aging, and a dramatic shift in the political landscape of America.

Smith melds the western landscape with her own dreamscape. Taking us from California to the Arizona desert; to a Kentucky farm as the amanuensis of a friend in crisis; to the hospital room of a valued mentor; and by turns to remembered and imagined places, this haunting memoir blends fact and fiction with poetic mastery. The unexpected happens; grief and disillusionment set in. But as Smith heads toward a new decade in her own life, she offers this balm to the reader: her wisdom, wit, gimlet eye, and above all, a rugged hope for a better world.

Riveting, elegant, often humorous, illustrated by Smith’s signature Polaroids, Year of the Monkey is a moving and original work, a touchstone for our turbulent times.

I’ve conducted research on The Beatles for a Teach Rock lecture I am building. I keep uncovering books from authoritative authors. It’s amazing what I have unearthed thus far and what remains to be discovered.

A key vantage point about the lads is a two-volume series about the influential Fifth Beatle, Sir George Martin by Kenneth Womack.

The first book of a two-part series, Maximum Volume traces Martin’s early years as a scratch pianist, his life in the Fleet Air Arm during the Second World War, and his groundbreaking work as the head of Parlophone Records during the 1950s, when Martin saved the company from ruin after making his name as a producer of comedy and spoken-word recordings. In its most dramatic moments, Maximum Volume narrates the story of Martin’s unlikely discovery of the Beatles and his painstaking efforts to prepare their newfangled sound for the British music marketplace. As the story unfolds, Martin and the band craft many number-one hits along the group’s progress towards The Ed Sullivan Show and such landmark songs as “Yesterday” and “In My Life”—Beatles tunes that bear Martin’s unmistakable musical signature.

As Martin and the Beatles create one landmark album after another, including such masterworks as Revolver, Sgt. Pepper’s Lonely Hearts Club Band, The Beatles (The White Album), and Abbey Road, the internal stakes and interpersonal challenges become ever greater. During his post-Beatles years, Martin attempts to discover new vistas of sound recording with a host of acts, including Jeff Beck, America, Cheap Trick, Paul McCartney, and Elton John. Eventually, all roads lead Martin back to the Beatles, as the group seeks out new ways to memorialize their achievement under the supervision of the man who came to be known as Sir George. Now, more than 50 years later, Martin’s singular stamp remains on popular music as successive generations discover the magic of the Beatles.

The Buffy Sainte-Marie authorized biography will be released on September 25, 2018. It’s a powerful, intimate look at the life of a beloved folk icon and activist.

The Saskatchewan-born Cree singer-songwriter “has made her voice heard through her music, art, and activism, establishing herself among the ranks of folk greats such as Joni Mitchell and Bob Dylan,” according to publisher Greystone Books.

“But Sainte-Marie is so much more than a musician; she is also an entrepreneur, a pioneer in digital art, and an important cultural activist who has worked tirelessly advocating for and protecting Indigenous rights and freedoms.”

Andrea Warner is a writer, critic, broadcaster, and Podcaster focusing on music, arts, pop culture, and feminism. She’s also the author of the acclaimed 2015 book, We Oughta Know: How Four Women Ruled the ’90s and Changed Canadian Music (Eternal Cavalier Press). Andrea is an associate producer at CBC Music and co-hosts the weekly podcast, Pop This!.

Andrea has also written An Essential Guide to Buffy Sainte-Marie for those who want to discover the gems in Buffy’s 20 album catalog prior to obtaining her book.

Pre-orders for the book may be placed: 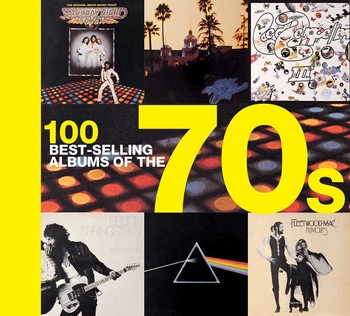 I want to share the news about an exciting music book that will be available next year on April 23, 2019, Grace: The Jeff Buckley Story!  A graphic novel authored by Tiffanie DeBartolo with art by Pascal Dizin and Lisa Reist, First Second Books publisher.

I find the cover mesmerizing that Lisa colored and Pascal drew. The image is magically alluring and will entice readers to its pages. You can see more of their graphic art here.

Pascal and Lisa are partners who attended the School of Visual Arts in New York City (Class of 2008) and became friends with our son who is a graphics designer. It’s rewarding to see the book they worked on faithfully for nine years reach the publication stage. Pascal and Lisa were successful in securing the trust of Mary Guibert, Jeff Buckley’s mother and guardian of his estate. Mary was very hands-on in the creation of this book, so the authors had access to a terrific source of information about him.

Tiffanie DeBartolo is a novelist, filmmaker, and founder/CEO of independent record label Bright Antenna Records. The home to such artists as The Wombats, Mona, Flagship, Beware of Darkness, Middle Class Rut, Reuben Hollebon, and Cheerleader. Tiffanie authored the text for the Grace graphic novel.

I intend to write more about the book as time progresses and the publicity campaign is unveiled.

Right now I bide my time until there is an autographed hardcover edition sitting on my music library shelf, right Pascal and Lisa 😉

One of my favorite music authors is Robert Gordon. He just released his latest book , Memphis Rent Party: The Blues, Rock & Soul in Music’s Hometown with Bloomsbury Publishing.

“Robert’s feel for his subject is very similar to the subjects’ feel for their music. Blues, being the wellspring of all American music for over a century, is always worth studying. Robert does it right.” –  Keith Richards

Give it a glance. Robert Gordon, a Memphis native citizen has been writing about Memphis music and history for thirty years.

If you plan to be in LA on April 26th, this related event may be of interest to you.
https://www.grammymuseum.org/events/detail/memphis-rent-party/

A more focused vinyl experience is my New Year’s resolution.

I have been conducting research how to increase the aesthetics of vinyl audio listening. I’d like to share a book I have found invaluable in that context,  The Beginner’s Guide to Vinyl  by Jenna Miles.

The author, Jenna Miles is a subject matter authority on vinyl collecting and selling. She is the President and co-Founder of SRC Vinyl, a company specializing in vinyl records. In addition she is the co-owner of Vinyl Collective, an online vinyl news site and community with more than 20,000 registered users.

Jenna Miles shares her vast vinyl expertise with the reader in an easy discernible manner. I considered myself a knowledgeable person in vinyl audio until I consumed the pages of her guide. I was further enlightened by the many in-depth vinyl resources that populate her chapters. Her writing method is suited to crate digging for that vinyl treasure you are always search for in life.

Jenna’s keen sense of customer satisfaction, coupled with her thoroughness makes this an essential read for the vinyl connoisseur.