You can see all the stars as you walk down Hollywood Boulevard
Some that you recognize, some that you’ve hardly even heard of

The Hollywood Chamber of Commerce announced today that “Weird Al” Yankovic will be honored with the 2,643rd star on the Hollywood Walk of Fame on Monday, August 27th, at 11:30 a.m. PDT. The star will be dedicated in the category of Recording at 6914 Hollywood Boulevard across the street from the TCL Chinese Theatre.

“Weird Al has single-handedly created an industry of parody! His fans have been waiting for this star for a very long time. We are excited to honor this very funny man on our world-famous Hollywood Walk of Fame,” stated Ana Martinez, Producer of the Walk of Fame ceremonies.

President of the Hollywood Chamber of Commerce Leron Gubler will unveil the star, along with help from Dr. Demento and Thomas Lennon. 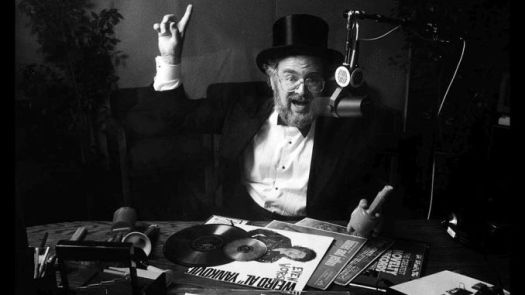 The Walk of Fame star ceremony is free and open to the public. The Hollywood Chamber of Commerce encourages people who are unable to attend and fans around the world to watch the event exclusively on www.walkoffame.com.