I just discovered in my Twitter feed an illuminating source for the book I’m writing about spirituality and the healing power of music.

Sonny Rollins: Meditating on a Riff, A Journey Into His World of Spirituality by Hugh Wyatt.

It’s the second title from a new, independent book publisher Kamama Books that focuses on books as diverse and offbeat as the city itself. 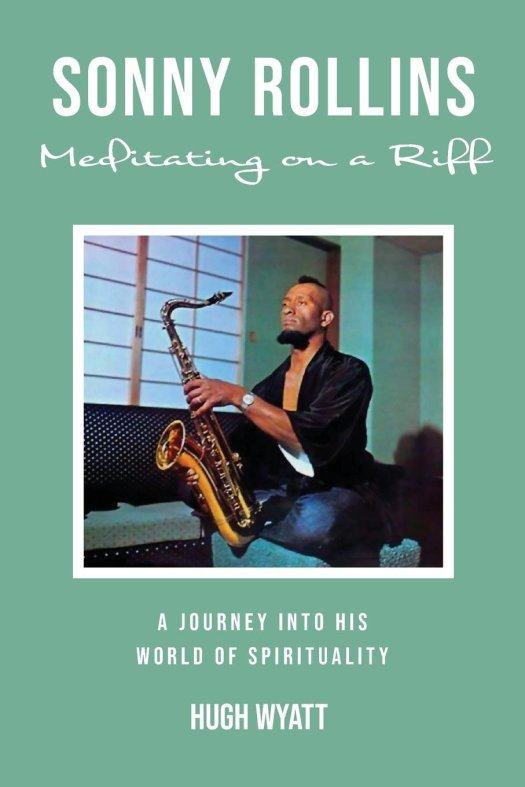 Jazz legend Sonny Rollins spent his youth hustling on the streets of his native Harlem, but over time the tenor saxophonist shifted gears and developed the reputation of being “the world’s greatest living jazz musician.” Did he deserve such a lofty title?

This biography, entitled Sonny Rollins: Meditating on a Riff, will attempt to answer this and other questions. However, it will not be a regurgitation of previous books or articles that focus exclusively on jazz. Instead, the major focus of this book will be on Sonny’s adventurous foray into spirituality and even the occult.

The secretive Sonny experimented with certain esoteric forms of yoga and spirituality, such as Rosicrucianism and other otherworldly practices. His goal was not only to achieve God-realization, among other things but to develop certain powers that would enable him to unlock the secrets of the universe.

Wyatt’s riveting biography offers a unique glimpse into the psyche of one of the most reclusive figures in jazz. It is a tell-all that reveals intimate and unpublished details of his fascinating life directly from Sonny himself, as well as his family members and close friends