On August 24th The Marley Family, Island Records, and UMe will collectively proclaim the sun is shining in celebration of 40 years of Kaya, Bob Marley & The Wailers’ historic March 1978 release. This most special anniversary edition will feature Stephen “Ragga” Marley’s exciting and vibrant new “Kaya 40” mixes of all ten tracks from the original album alongside its original mixes in 2CD and 2LP configurations.

Kaya has a number of the most enduring, heartfelt songs in the entire Marley canon, including “Is This Love,” “Easy Skanking,” and “Sun Is Shining.” 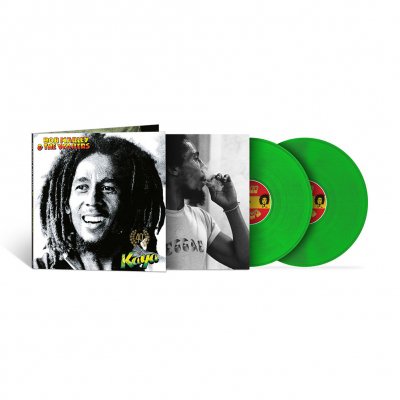 Stephen’s goal in mixing Kaya 40 was to create a balance that drew heavily from the original versions. Using Bob’s vocals from demos from original Kaya sessions that were recorded at different tempos, Stephen synched the vocals with alternate takes and layered it over different instrumental arrangements. Stephen tried to keep the flavor as authentic as possible. To mix the album, he used a similar minimal approach, basing his version heavily off the classic analog concepts they used in the 1970s.