The year was 1972, I began attending the University of New Haven. My first class was Intro to Music held on the basement floor of the main building.

I walked in and chose a place to sit. Sitting in front of me was the music professor, barefoot, cross-legged on the rug. He had an Indian sitar on his lap. When we were all assembled, he said not a word as he began to play this marvelous instrument. I soon felt a wonderful sense of peace. I decided at that moment to minor in music at UNH. I later took a course on the music and culture of India. I learned about ragas and the tintal beat (16 beats actually in a rhythmic cycle).

Little did I realize how influential that time would become in the spirituality and the healing power of my soul.

George Harrison introduced us to Ravi Shankar through his recordings and at The Concert for Bangladesh. Their friendship has come full circle. I miss them both.

The George Harrison estate is happy to announce HariSongs, a new label created to celebrate the Indian classical music George loved and believed would “help as a balance towards a peaceful daily life.” HariSongs launches today with two reissues in honour of both Ravi Shankar’s birthday (b. 7th April, 1920) and Ali Akbar Khan’s birthday (b. 14th April, 1922) this month.

Ravi Shankar and Ali Akbar Khan’s In Concert 1972, and Ravi Shankar’s Chants of India, are now available for the first time via streaming outlets, as well as to download. 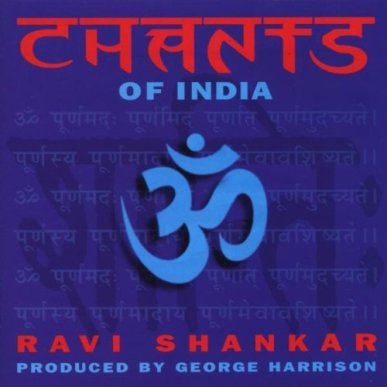 Then after I posted this article this morning I got an email from George Harrison titled, “Proudly announcing HariSongs”. I loved the picture it contained as well as these words from George.

A Statement By George Harrison

In 1966, through the grace of God, my life was blessed and enhanced from the sudden desire to investigate the classical music of India. Although intellectually, I could not comprehend it – the music, (which happened to be Ravi Shankar and the sitar) made more sense to me than anything I had heard in my life. When I read Ravi saying he felt he had only started, I was overwhelmed, humbled and encouraged to try and understand the music and the man much more. Miraculously I met Ravi Shankar and felt an even greater attraction to him, the music and later the tradition and self-discipline of India, without which, my life would be empty and pointless. In 1966 I heard music which had been written by Ravi Shankar some years before (Nava Rasa Ranga). It was performed by Ravi, along with some other musicians, for All India Radio. Until then I had not heard Indian classical music in any form other than solos or duets, and the beauty has haunted me for the past eight years and still haunts me today. I hope this Music may help a little, to nurture the wealth of the West. God only knows. – George Harrison, 1973