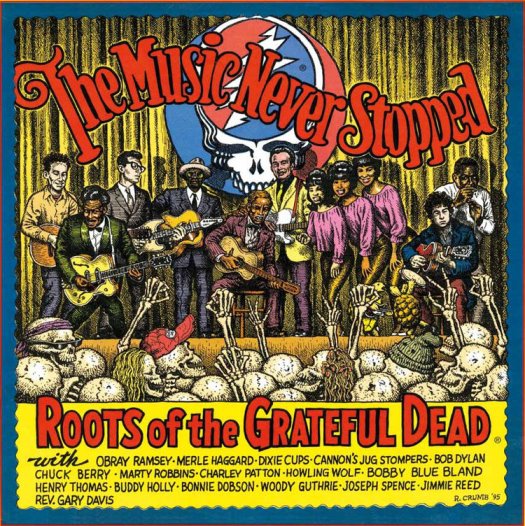 The cover was drawn by underground cartoonist Robert Crumb who was paid in rare 78 r.p.m. records that he avidly collects by the label’s president.

The tracks and performers on the The Music Never Stopped: Roots of the Grateful Dead compilation are: