I prepare within the music of our heart for the next leg of the sacred journey with Kitaro to Ku-Kai. My soul is yearning to experience the universal peace brought by the bells resounding across the sacred temples. 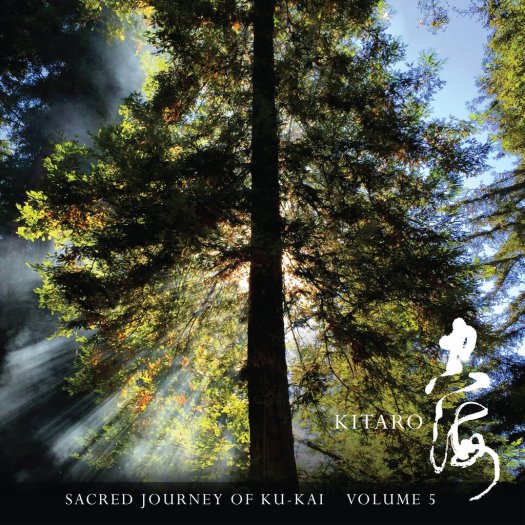 Kitaro’s Sacred Journey Of Ku-Kai Volume 5 follows the highly acclaimed Volumes 1 through 4 of the series, all of which have earned Grammy nominations.

The Ku-Kai series concept arose after the global events on the fateful day of September 11, 2001. Kitaro was traveling on a jet from Japan to Los Angeles when the transcontinental flight was diverted to Hawaii for five days due to the tragedy. It was during this time of disbelief and uncertainty that Kitaro envisioned the Ku-Kai series as a means of uniting the world through music embracing his frequently referenced universal message of peace.

The Sacred Journey Of Ku-Kai series is an earthly voyage that transports the listener to Shikoku, Japan. It pays homage to the beloved Buddhist holy man Ku-Kai who traveled the 750 mile long pilgrimage to the 88 sacred temples on the island over 1100 years ago. Each track on the album revolves around an audio sample of the bell sound from each temple. With these bell sounds, Kitaro distils their essences with inspired musical interpretations.