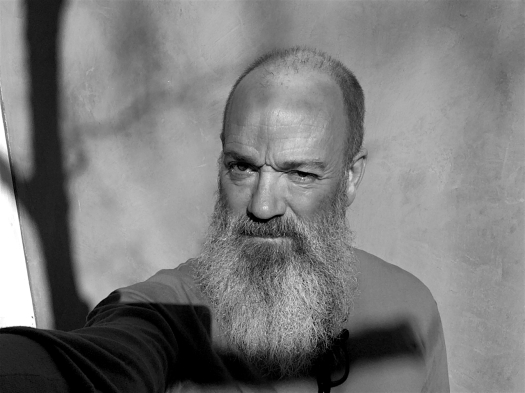 Marking a significant moment for the multimedia artist and forefather of alternative rock, Michael Stipe will release a never-before-seen installation at Moogfest 2017. The installation will be a compilation of video footage he has shot over the years in New York City that explores desire and movement. Using Moog gear, Stipe will score the piece, marking his first solo composition ever. The installation will run continuously throughout the festival.

Stipe became involved thanks to festival’s exec producer Kai Riedl, a former member of experi-post-rock band Macha. It’s thanks to the Athens, Georgia connection, that Riedl and Stipe have been friends for 20-odd years.

“Over the last decade, Michael has expanded his futurist leaning and artistic output through various projects, many of these with imagery and film he’s shot himself,” says Riedl of Stipe’s involvement. “During this time, largely as a member of R.E.M., he has also worked often with Moog synths. This installation presents a unique opportunity to wed these two worlds in a multimedia experience and to expand on his explorations as a solo artist. Stipe has always had a futurist yet Southern leaning style and has had a rich history of creating in the South, so having Moogfest in the region of his hometown of Athens made it all the more appealing. In addition, Stipe has always been a voice for equality, new creative possibilities and futurist ideals—many of the same pillars of Moogfest.”

Here is a NY Times interview from last year that serves as a prediction to Michael Stipe’s return to live performance. He has joined his good friend, Patti Smith at several of her concerts including her birthday celebration on 12/30/16 at the Riviera Theatre in Chicago.