Five decades in the making and just three days to record

‘Blue & Lonesome’ is available in various formats and will be released on December 2nd by Polydor Records. It was produced by Don Was and The Glimmer Twins and is available for pre-order worldwide from today, October 6th, at 9am EST in the USA and 2pm in the UK (equivalent times worldwide), go to rollingstones.com/blue-lonesome.

The album was recorded over the course of just three days in December last year at British Grove Studios in West London, just a stone’s throw from Richmond and Eel Pie Island where the Stones started out as a young blues band playing pubs and clubs.

Their approach to the album was that it should be spontaneous and played live in the studio without overdubs. The band – Mick Jagger (vocals & harp), Keith Richards (guitar), Charlie Watts (drums), and Ronnie Wood (guitar) were joined by their long time touring sidemen Darryl Jones (bass), Chuck Leavell (keyboards) and Matt Clifford (keyboards) and, for two of the twelve tracks, by old friend Eric Clapton, who happened to be in the next studio making his own album.

‘Blue & Lonesome’ sees the Rolling Stones tipping their hats to their early days as a blues band when they played the music of Jimmy Reed, Willie Dixon, Eddie Taylor, Little Walter and Howlin’ Wolf – artists whose songs are featured on this album.

The tracks are – Just Your Fool, Commit A Crime, Blue and Lonesome, All Of Your Love, I Gotta Go, Everybody Knows About My Good Thing, Ride ‘Em On Down, Hate To See You Go, Hoo Doo Blues, Little Rain, Just Like I Treat You, I Can’t Quit You Baby.

“This album is manifest testament to the purity of their love for making music, and the blues is, for the Stones, the fountainhead of everything they do.” Don Was, Co-Producer of ‘Blue & Lonesome’ 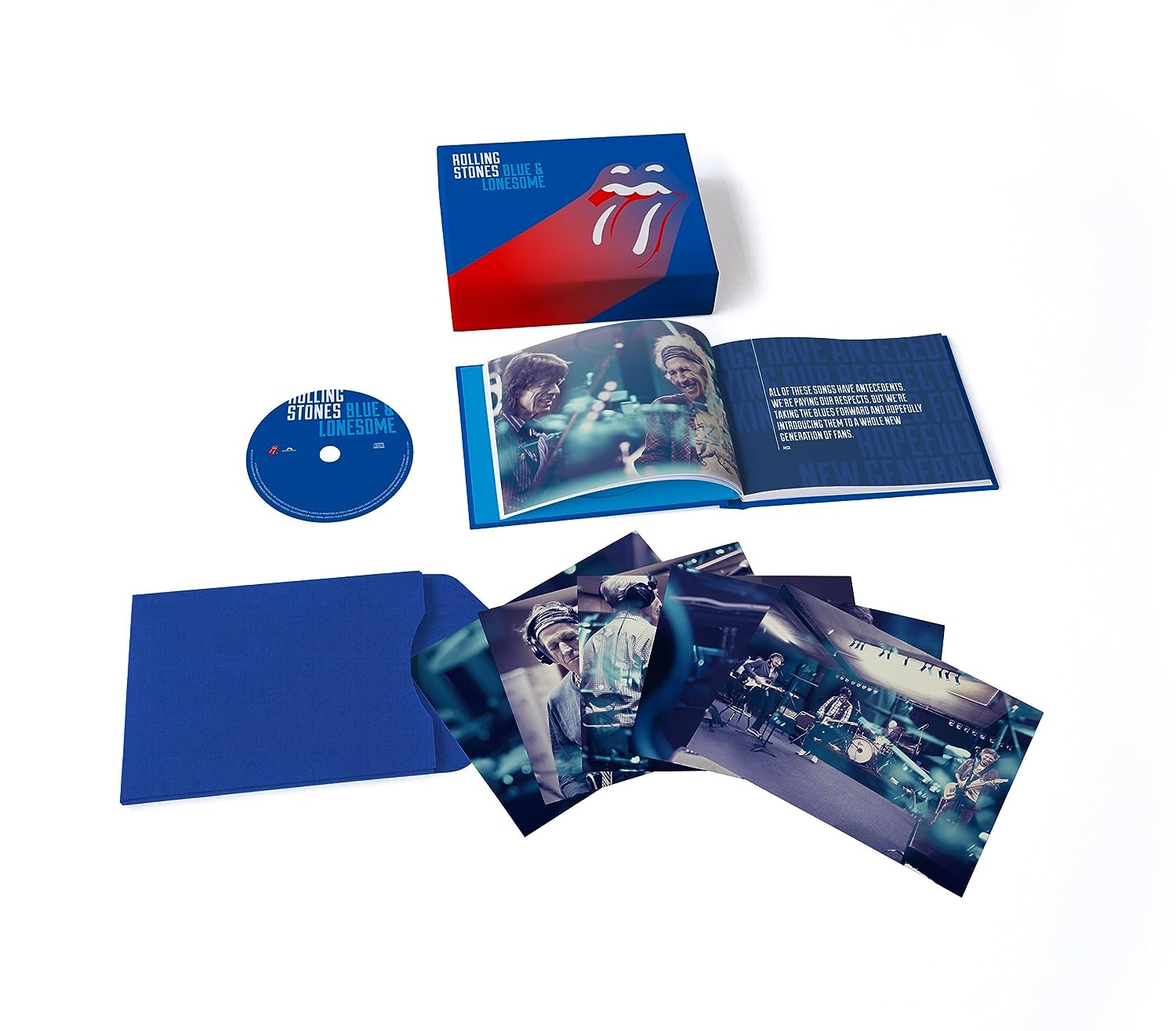 Deluxe edition including CD album, 75 page mini-book about the making of the album and band postcard prints.

Listen to the Little Walter track, “Just Your Fool”