I’m looking forward to a new biography due to release on November 15, 2016. ‘Bear: The Life and Times Of Augustus Owsley Stanley III’  written by Robert Greenfield, a music author/journalist I deeply respect.

First-hand reflections from Bob Weir, Phil Lesh and Jerry Garcia are included in the book which comes from the author of Dark Star: An Oral History Of Jerry Garcia. Greenfield also penned Exile on Main St.: A Season in Hell with the Rolling Stones and collaborated with impresario Bill Graham on Bill Graham Presents: My Life Inside Rock and Out. 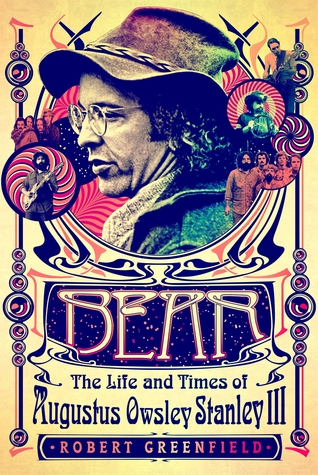 Augustus Owsley Stanley III, better known by his nickname, Bear, was one of the most iconic figures in the cultural revolution that changed both America and the world during the 1960s.

Owsley’s high-octane rocket fuel enabled Ken Kesey and his Merry Pranksters to put on the Acid Tests. It also powered much of what happened on stage at Monterey Pop. Owsley turned on Pete Townshend of The Who and Jimi Hendrix. The shipment of LSD that Owsley sent John Lennon resulted in The Beatles’ Magical Mystery Tour album and film.

Convinced that the Grateful Dead were destined to become the world’s greatest rock ‘n’ roll band, Owsley provided the money that kept them going during their early days. As their longtime soundman, he then faithfully recorded many of the Dead’s greatest live performances and designed the massive space age system that came to be known as the Wall of Sound.

One Reply to “Biography: ‘Bear: The Life and Times Of Augustus Owsley Stanley III’”