We are privileged to receive invites to “free” private concerts at Mohegan Sun as Momentum members. The latest concert we thoroughly enjoyed was Peter Frampton on Sunday June 12th.

This was my third time seeing Peter Frampton in concert in 41 years. I always liked the Humble Pie Rockin the Fillmore live recording. I interviewed Peter backstage at Staples High School in 1975. He was promoting the Frampton studio album that started his meterotic rise the following year with Frampton Comes Alive. I found him gracious to grant an hour of his time while he tuned his guitar. I got a private concert before the rest of the audience that night 😉

(I scanned my past article from The Entertainer music newspaper that I wrote for in the mid-70s. I also sold ads for them, making 40% per ad in those days. Sorry it is grainy and has my ink edits.) —> Peter Frampton 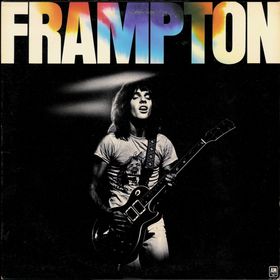 I next saw Frampton with my son at the Sixth Annual Jammy Awards in 2006 at the Theatre at Madison Square Garden. Peter Frampton joined Guster and worked on material from Guster’s new album Ganging up the Sun. Martin Sexton also joined them for a version of Frampton’s “Do You Feel Like We Do.”

Considering that the June 12 show was free I wasn’t quite sure what to expect. He didn’t disappoint as Peter Frampton and his band played strong for 90 minutes plus a three song encore. His guitar playing has reached another dimension of excellence. He played a cover version of Black Hole Sun by Soundgarden that knocked me out.

He ended with his regular set with “Do You Feel Like We Do” which had everyone standing and cheering wildly.

I was quite impressed with the instrumental songs he played from the Fingerprints album, which was awarded a Grammy Award in 2007. Frampton was on the mark. He’s a true professional as was his stellar band.