Starting with the natural product, Beer To Drink Music To, which was created as the perfect beer for fans to pair with their favorite songs. Utilizing ingredients inspired by some of our favorite tunes, the four primary ingredients (orange peel, peppercorns, candi sugar, and cardamom) were inspired by the following: Orange Crush by REM, Sgt. Pepper by The Beatles, Sugar On My Tongue by Talking Heads, and Mock Song by Phish. The result is a Belgian-style Tripel and a perfect marriage between beer and music. 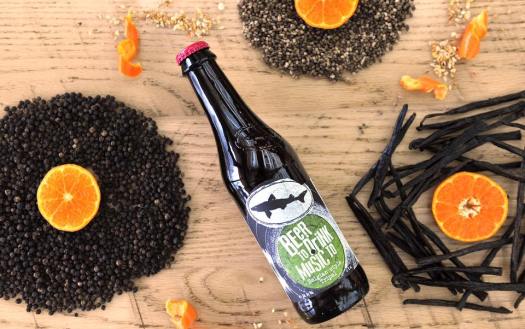 The companion to Beer To Drink Music To is Music To Drink Beer To, Volume 2 a Record Store Day 2016 vinyl exclusive curated between Dogfish Head and Sony Legacy.

The compilation will be released on Record Store Day at retailers across the country.

But wait there’s more, the music geeks at Dogfish Head have created three more items, two of which are for sale on the Dogfish Head Store and one that you can only get at certain record stores on Record Store Day 2016, April 16th!

Raising a glass to your music health and happy hunting, Cheers!