I have looked high and low for a music journalist whose last name begins with X. I could not find anyone.

So I decided to take this opportunity and go back through the alphabet of music journalists that I didn’t get to write about first time. I had some tough choices to make for the Music Journalism A-Z series when I decided I would only feature one music journalist by first letter of their last name.

There are many other music journalists that deserve major recognition for their accomplishments and invaluable insights.

The first music journalist I want to mention  is David Byrne. Most people freely associate him as a musician, songwriter, or as a visual artist. He writes a regular journal that I subscribe to,  David Byrne’s Journal. David Byrne is a technology leader who assuaged our collective consciousness. He articulates a much-needed voice  of expression for artistic intelligentsia. He has authored nine books to date.

The letter C proved challenging as there were two other music journalists of renown I wanted to write about, Robert Christgau and Nate Chinen.

Christgau is the cornerstone of music criticism and his Consumer Guide has helped me purchase  fantastic recordings over the decades.

Nate Chinen constantly turns me on to new jazz sources via his blog and music reviews in the New York Times.

The next music journalist I wanted to circle back to is David Fricke, Senior Editor at Rolling Stone. He authors the “Fricke’s Picks” column in the Rolling Stone record review section.

He is responsible for the 100 Greatest Guitarists Of All Time special edition issue and column that gets a lot of views on my music blog post as a two-part series that I wrote about last year.

Gary Giddins has been a long-time columnist for the Village Voice and unarguably the world’s preeminent jazz critic who has won an unparalleled six ASCAP–Deems Taylor Awards, a Guggenheim Fellowship, and a Peabody Award in Broadcasting, as well as a lifetime achievement award from the Jazz Journalists Association. He’s also received the Raiph J. Gleason Music Book Award.

Mikal Gilmore is a friend on Facebook. I enjoy his posts and love the articles he writes for Rolling Stone Magazine. He has two interviews with Bob Dylan that are must reads in the latest Rolling Stone Special Issue.

Ralph J. Gleason had a powerful influence on me as a music author of depth and substance. He contributed for many years to the San Francisco Chronicle, was a founding editor of Rolling Stone magazine, and was co-founder of the Monterey Jazz Festival. He represented both pop and jazz music with equal intensity. I especially love his liner notes for the pivotal jazz recording Bitches Brew by Miles Davis. 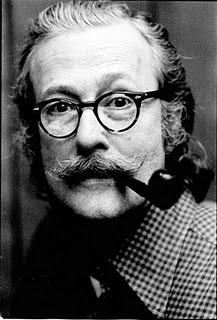 I debated for too long about featuring Nat Hentoff for the letter H. I struggled to do him justice in my draft blog post. I thoroughly enjoy his music sociopolitical bent. He is a jazz subject matter authority and my kinda liberal 😉

Richard Meltzer wrote one of my all time favorite rock music epics, The Aesthetics of Rock. I’m on my second copy now 😉

It was a total toss of the coin between Robert Palmer and Jon Pareles of the New York Times. I can’t get enough of Mr. Pareles writing. I’m drawn to his prose like a moth to a flame.

I still feel like I could write about 25 more music journalists in this post. What a great well of knowledge to draw upon.