I learned earlier that Scott McKenzie passed away this weekend. A statement on McKenzie’s website says the 73-year-old died on Saturday in Los Angeles. McKenzie battled Guillain-Barre Syndrome, a disease that affects the nervous system.

He sang the song that defined my generation and the Summer of Love  in San Francisco, “San Francisco (Be Sure to Wear Flowers in Your Hair)” which became a huge hit in 1967. 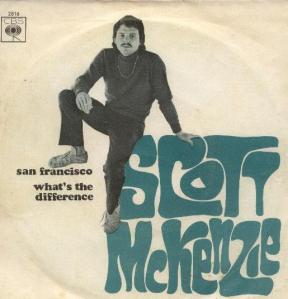 I love his voice and the eternal feeling contained within this song. It always moves me every time I hear it. Truly sad today that he is gone. Truly happy for where his soul journeys.